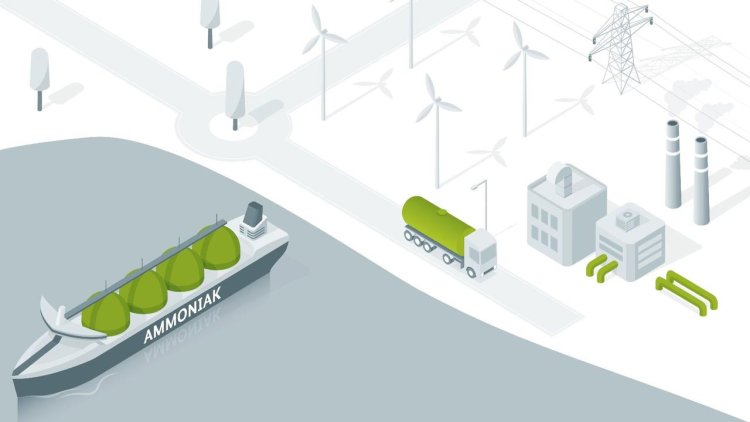 With €14 million in funding from the German Federal Ministry of Education and Research (BMBF), AmmoRef is part of the overarching 135-million-euro TransHyDE project, which aims to revolutionize the nation’s hydrogen transport infrastructure in preparation for a sweeping energy transition. TransHyDE is one of three hydrogen flagship projects aiming to prepare Germany’s entry into a hydrogen economy.

“We are honored to have joined forces with some of the world’s most talented scientists in supporting Germany’s and the global transformation into a clean hydrogen economy. Clariant has been involved in R&D and cross-industry collaborations in this field for many years, and we have already developed numerous catalysts for use in innovative hydrogen applications. We are confident that together we will make it possible to recover pure hydrogen from ammonia in the scales required for efficient and safe mass transportation of hydrogen.”

Although green hydrogen is an abundant, versatile, and clean energy source, its high volatility and very low density make it difficult and expensive to transport. An economically viable method is to convert hydrogen to ammonia (NH3) for transportation and then release it at the point of use. The release is achieved by cracking (dissociation) of ammonia into hydrogen. Currently, there are commercial processes and catalysts available, but at relatively high energy costs. AmmoRef aims to develop new catalysts and technologies for ammonia dissociation at lower energy costs and improved efficiency.

Clariant will be collaborating non-exclusively with other prominent partners in academia and industry, amongst others are Prof. Schlögl (Max Planck Institute, Berlin and Mühlheim), Prof. Muhler (Ruhr-University Bochum), Prof. Behrens (University of Kiel), Prof. Lerch (Technical University of Berlin), as well as ThyssenKrupp, and BASF.