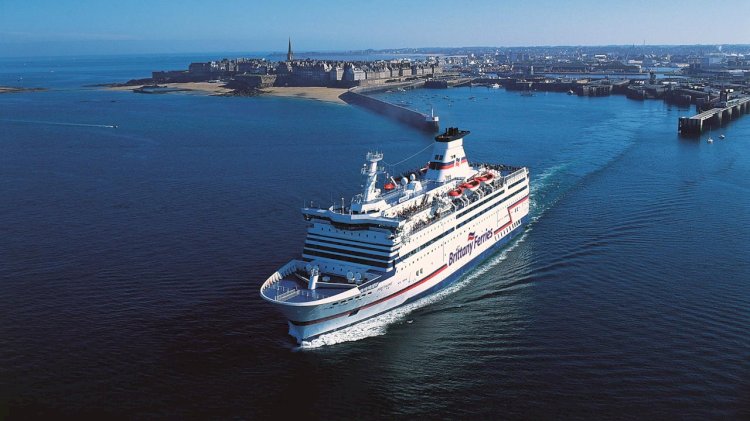 Ferry company Brittany Ferries has embarked on a rigorous series of ‘dry runs’ to prepare for the possible consequences of a no-deal Brexit on both sides of the Channel.

The first rehearsal took place on Wednesday 11th September as lorries in Portsmouth embarked the overnight sailing to Caen, and continued the following morning as vehicles disembarked in France in the presence of Gérard Darmanin, the French Minister of Public Action and Accounts.

This week’s trial involved around 100 freight vehicles travelling from the UK to France carrying a wide variety of loads including furniture, perfumes, aircraft wings and engines, car parts, fish, tractors, bird food, steel, and salt. The Portsmouth to Caen route is the busiest Channel crossing west of Dover carrying one million passengers, 280,000 cars and 100,000 heavy good vehicles each year.

“Over the last 12 months Brittany Ferries has been actively preparing to deal with a no-deal Brexit. We’ve adapted our IT systems, allowing seamless communication with customs offices ashore. We’ve also implemented a system allowing us to communicate vital information to lorry drivers via text message and onboard live information screens.

These dress rehearsals will allow us to test these new tools and procedures, and also the co-ordination between all the different players. Our freight customers, holidaymakers travelling with pets, customs offices, port authorities, and our own operations departments all need to be perfectly co-ordinated to ensure smooth and efficient loading and unloading in our ports.

So we need to test every part of the process to make sure everything works efficiently and harmoniously. Once this programme is completed and we’ve made any necessary tweaks, we’ll be ready to welcome our passengers whatever happens post-Brexit.”

As part of the dry runs, information about freight vehicles boarding Brittany Ferries’ vessels in the UK are sent electronically to French customs officers, who divide vehicles into a green channel for those with advance clearance, and orange for those requiring inspection upon arrival in France. Drivers are informed of their vehicle’s status by onboard information screens. On arrival in France, lorries in the green channel can bypass customs controls as they exit the port. Meanwhile those designated ‘orange’ must proceed to a dedicated customs facility for inspection and paperwork checks.

Saab has been awarded a contract to manage and safeguard all traffic to, from and...