An autonomous underwater vehicle (AUV) known as the REMUS SharkCam has been used in the UK for the first time to observe the behaviour of basking sharks in the Inner Hebrides, off the west coast of Scotland.

The groundbreaking technology, designed and built by the Oceanographic Systems Laboratory at Woods Hole Oceanographic Institution (WHOI), is set to reveal the secret lives of the world’s second largest fish—a species that little is known about, despite being prevalent in the region’s waters.

The research team, which included colleagues from the University of Exeter, World Wildlife Fund (WWF), Sky Ocean Rescue, Scottish Natural Heritage (SNH), hope the stunning images captured by the AUV will strengthen the case for creating the world’s first protected area for basking sharks in this part of the sea.

The team used SharkCam to track sharks once they were tagged and disappeared beneath the water’s surface. The robot collects wide-angle, high definition video of their behaviour from a distance, as well as high quality oceanographic data, such as ocean temperature, salinity, biological productivity and bathymetry, which shows how far the sharks are off the bottom of the seafloor.

“Every time we deploy REMUS SharkCam, we learn something new about the species we are studying. We’re able to remove the ocean’s opaque layer and dive into places never before possible with this groundbreaking technology, answering questions about key species and revealing new ones.” 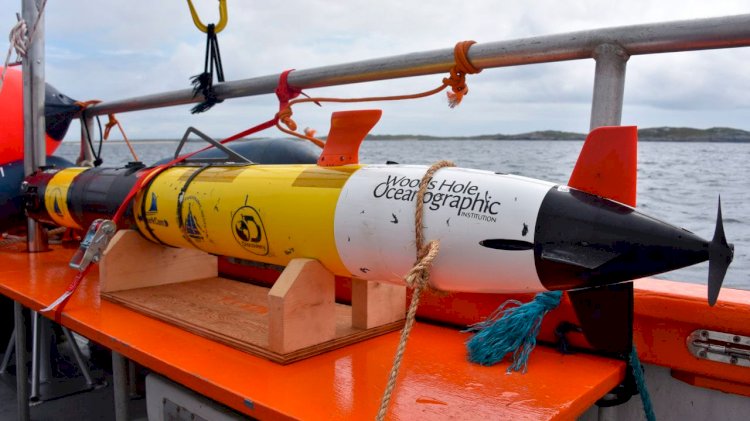