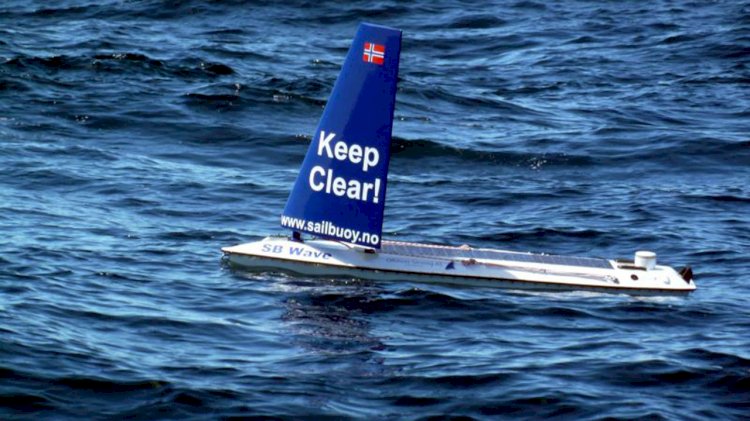 In order to collect detailed data on the krill biomass, Aker BioMarine is launching an unmanned solar-powered ocean data drone (Sailbuoy) as part of its operations in the Antarctica to take a further step in a new data-driven era of sustainable fishery and fishery management.

Equipped with echosounder and environmental sensors, the two meter long data drone collects, processes and transmits density and distribution data from wherever it is deployed, in real time.

Easy to operate, launch and recover, the unique ocean drone uses wind for propultion while the electronics is powered by solar panels, which charge the internal batteries. The Sailbuoy can reach a speed of 2 knots. Built to be robust and to survive the tough Antarctic conditions, it has also been designed to be small and unobtrusive, so that it does not disturb the local wildlife.

Minimizing the need for fishing vessels to spend time and resources looking for krill, the use of the ocean data drone significantly reduces the financial and environmental costs of searching for krill. All the data collection carried out by the drone has a carbon footprint of zero.

“Finally deployed, after a number of years in development, the Sailbuoy is changing how we work. We can position it close to the vessel and it will do the searching for us, or we can let it cover remote areas for up to months at a time, telling us where and when to proceed. As our Antarctic eyes and ears, the data the ocean drone is collecting is proving absolutely invaluable, and it is enabling us to make our operations even more sustainable and more focused, further lowering our impact.”

The company behind building the Sailbuoy, Offshore Sensing is pleased to put the ocean drone in practical use in the tough conditions of Antarctica. David Peddie, CEO Offshore Sensing says:

“Albeit small, the Sailbuoy is designed to make a major impact when it comes to improving efficiency and helping the companies make better decisions based on real-time data. This Sailbuoy will help Aker BioMarine enter a new data-driven era of sustainable fishery.”

In addition to operational gains, the data will be of enormous benefit in the long-term to the wider scientific community and the krill fishery as whole. The Commission for the Conservation of Antarctic Marine Living Resources (CCAMLR), the international treaty managing the krill fishery in the Southern Ocean, has made decisive steps towards a more dynamic and scientific data driven management regime, which will put a lot of responsibility on the industry’s capability to monitor the krill biomass. The ocean data drone technology will enable the krill management regime of the future to come sooner rather than later.

With the careful management of the fishery by precautionary catch limits based on frequent estimates, the detailed data that Aker BioMarine now can capture on density and distribution, will provide a more accurate picture of the size of the biomass. This will help the industry to better guide decisions on this precious resource in a time of climate change and with increasing needs for knowledge and data. 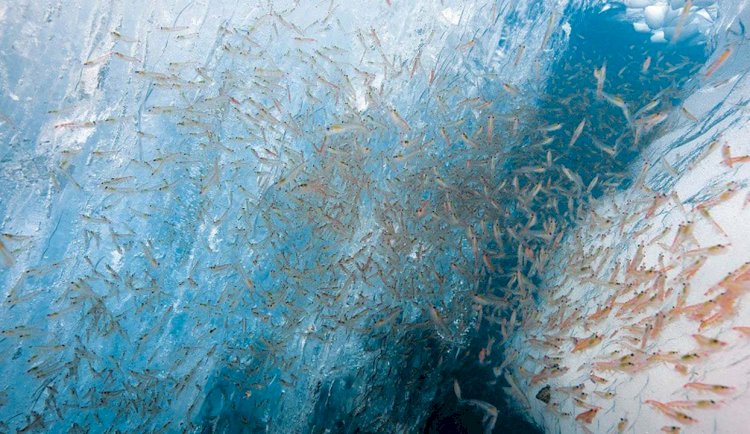 About the Antarctic krill fishery

The Antarctic krill fishery today is managed by The Commission for the Conservation of Antarctic Marine Living Resources (CCAMLR) and known as one of the best performing fisheries in the world. For the fifth year in a row, the Antarctic krill fishery received an ‘A’ rating from the Sustainable Fisheries Partnership (SFP), meaning its krill fishery is in “very good condition. Several of the krill fishery companies are also MSC- and FSO-certified, a process that gets more and more rigorous for every re-certification, and contributes to both raised standards and transparency for the fleet as a whole.

The precautionary principle is applied very strictly to the krill fishery in Area 48 of Antarctica, with the annual quota set at approximately 1% of the biomass, and the actual harvest across the krill fleet being 0,5 to 0,6 % of the biomass.

With the CCAMLR biomass survey conducted in 2019 there is confirmation that the krill stock is in a good and healthy condition, having found 62,6 million tonnes of krill in all of Area 48 with a similar distribution to last time the biomass was surveyed in year 2000.

Through the Commitment on Voluntary Restrictive Zones in 2018, the members of the Association of Responsible Krill Harvesting Companies (ARK) made another dedicated and tangible step towards United Nations Sustainable Development Goals SDG14 Life Below Water.

Waves Group introduces its system to reducing risk in incidents

Wärtsilä and DNV GL will work together on accelerating...