Over the last year 2G has miniaturized their laser scanner and stills camera solutions to integrate with small, modular AUVs. 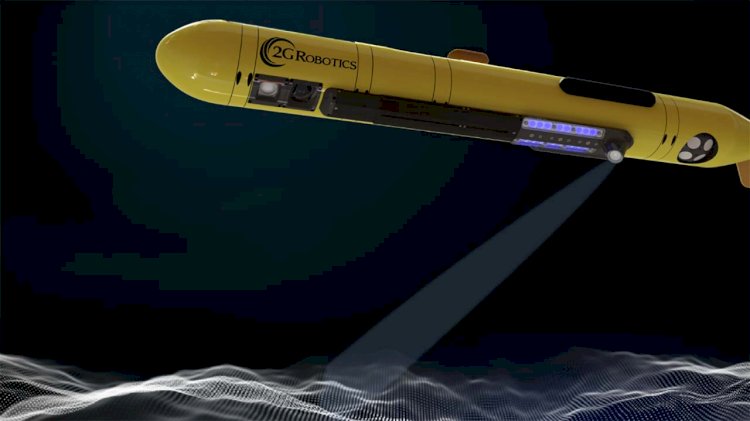 2G Robotics has officially launched a line of payloads for use on light, modular Autonomous Underwater Vehicles (AUVs). 2G’s RECON line of products include the RECON CS, a 4K stills camera and LED lightbar payload, and the RECON LS, a payload featuring the ULS-500 Micro laser scanner and Micro OBSERVER stills camera.

Over the last year 2G has miniaturized their laser scanner and stills camera solutions to integrate with small, modular AUVs. The payloads enable OEMs to offer 2G’s RECON line as a standard payload on their vehicles, giving users flexibility and performance previously not available from their fleet.

Testing throughout the winter and spring has proven that subsea laser modelling can be achieved with cost efficient navigational sensors aboard these small AUVs, with measurement error of less than 3cm. Along with their hardware, 2G Robotics’ proprietary algorithms enhance and light level stills images in real time, delivering high resolution processed results upon retrieval of the vehicle.

“We have proven this as a viable inspection solution for man-portable AUVs for commercial and naval mine countermeasure (MCM) applications. This removes the final barrier to adoption of these small vehicles and could revolutionize the cost effectiveness of high accuracy inspection operations.”