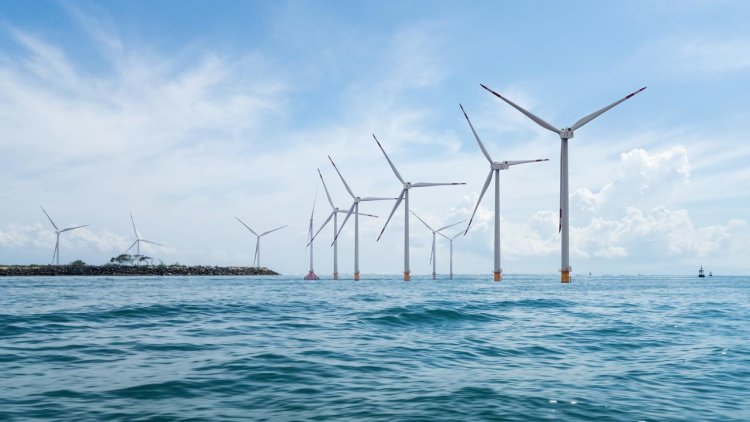 With the introduction of the V236-15.0 MW wind turbine, Vestas is playing a leading role in the expansion of offshore wind, and as a next step of our journey in offshore wind, Vestas has announced that MunmuBaram, a joint venture between Shell and HEXICON AB, has named Vestas as the preferred turbine supplier for the 1.3 GW MunmuBaram floating offshore wind project in South Korea.

If the project materialises, Vestas will supply and install 84 units of the V236-15.0 MW turbine for the project, located off the south-east coast of South Korea. The turbines will be installed on floating foundations in the project area of approximately 240km2 with water depths ranging between 120 and 150 metres. This will mark the first announced large-scale floating offshore project for Vestas, and the first announced project of V236-15.0 MW for installation on floating foundations.

“Vestas will open a new frontier of offshore wind by providing our V236-15.0 MW turbines as the best solutions for this milestone floating project. We will deliver the unparalleled competitiveness of Vestas’ technology combined with our experience in floating wind project execution to strengthen our customers’ business case for the project. As the largest announced floating project world-wide, MunmuBaram will place South Korea as a leading country in floating offshore wind.”

With this project, MunmuBaram and Vestas are together taking a leading role in South Korea’s offshore wind industry development and bringing the country one step closer to achieving its Net-Zero emissions goal.

Once installed, Vestas will also deliver 20-year service and maintenance for the wind farm. Through establishing a dedicated local service organisation, Vestas will contribute to local job creation and provide high-level training for offshore service technicians.

Vestas has installed more than 8 GW or more than 1,500 offshore turbines globally, and Vestas has also installed turbines on floating foundations for over a decade including projects off the coasts of Scotland and Portugal. The MunmuBaram project is Vestas’ third partnership with Shell, following to the 730 MW Borssele III/IV offshore wind project in the Netherlands, and the Atlantic Shores’ 1.5 GW offshore wind project in the USA which will also feature V236-15.0 MW turbines.

DEME to execute the turbine installation at the SeaMade...

The Danish Energy Agency approves the Plan for Thor Offshore...