Could satellites be able to help track and map the marine plastic waste befouling our oceans? 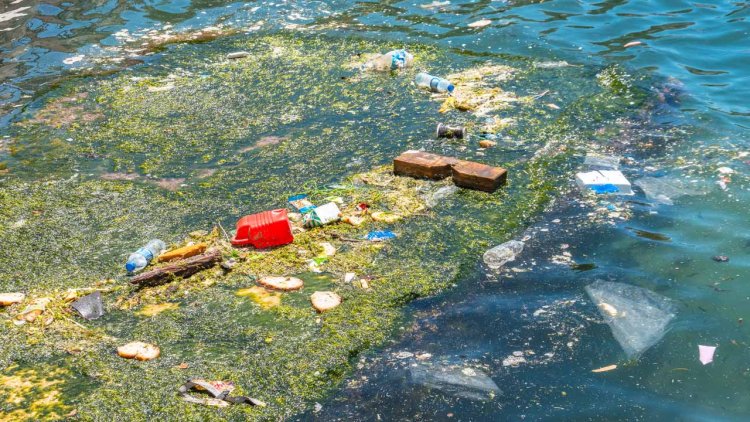 Research teams from across Europe returned to a Netherlands-based ocean wave test facility to try and detect floating plastic. Using a suite of microwave and optical instruments, the researchers are assessing if orbital monitoring of plastic might be practical in the future.

"What we can say is that some of our instruments do detect increases in signal levels when marine plastic waste is present compared to when it isn't."

"This result represents a proof of concept that this approach is definitely worth further investigating. This is much more than I hoped for when we first began testing last year, but we've gone through a steep learning curve during our work here.

"At the same time we can't say for sure if we are detecting the plastic directly, or the signals are due to some related factor, such as indentations in the water surface caused by the floating plastic, or small ripples. What needs to come next is follow-up testing in the actual marine environment, using aircraft or drones, and if that goes well then eventually an experimental space mission."

The best estimate is that an average 10 million tons of plastic enter the ocean annually—equivalent to a fresh truckload of plastic dumped every minute—but researchers only know what happens to about 1% of it. Satellite monitoring might in future help track its extent, and see where it goes, if such a technique can be proven to work in practice.

The test campaign took place at the Deltares research institute in Delft in the Netherlands, inside its mammoth Atlantic Basin Facility. This one of a kind facility—75 m long 9 m wide, half the size of an Olympic swimming pool—employs wave generators to recreate realistic deep ocean waves.

"We use the Atlantic Basin Facility to simulate the deep ocean environment as realistically as we can for these experiments. Normally we use this test facility to tackle the kind of hydraulic problems that cannot be solved using computer models. This includes, for example, testing bed protection for offshore wind farms and tidal energy converters as well as hydraulic structures.

"From my perspective this current test campaign is unique, because it involves so many different groups with varied expertise, from ocean waves to microwaves, optics to plastic waste—as well as space. It's a follow-on from the previous test campaign we ran last year, except this time we're using smaller amounts of plastics, to try and quantify detection thresholds and trying out some new monitoring approaches."

Joint study to explore the potential for ammonia as a marine...