In particular, the study examined how the carbon footprint of tuna was affected by how far from shore fishing fleets operated, or what type of fishing gear they used. 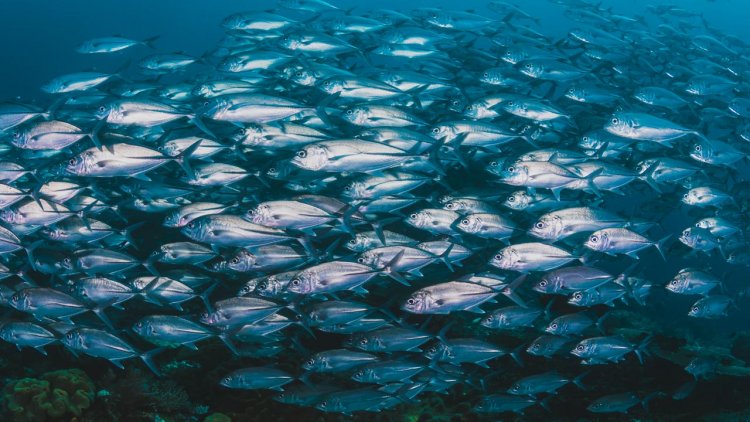 A new study published in Elementa by researchers at the University of California, Santa Cruz and NOAA examines traditional aspects of seafood sustainability alongside greenhouse gas emissions to better understand the 'carbon footprint' of U.S. tuna fisheries.

Fisheries in the United States are among the best managed in the world, thanks to ongoing efforts to fish selectively, end overfishing, and rebuild fish stocks. But climate change could bring dramatic changes in the marine environment that threaten seafood productivity and sustainability. That's one reason why researchers set out to broaden the conversation about sustainability in seafood by comparing the carbon emissions of different tuna fishing practices.

The paper also puts those emissions in context relative to other sources of protein, like tofu, chicken, pork, or beef. In particular, the study examined how the carbon footprint of tuna was affected by how far from shore fishing fleets operated, or what type of fishing gear they used.

"This can be an opportunity to look at fisheries from different angles, all of which may be important."

Generally speaking, less selective tuna fishing gear—like purse seine nets that scoop up many tuna all at once—are more likely to accidentally catch other species during the fishing process. That's called bycatch, and it's a conservation concern that often factors into seafood sustainability assessments.

But selective gear targeted more specifically for tuna, like trolling lines that reel fish in one at a time, typically have a higher carbon footprint, according to the study's estimates. That's because fishing vessels using these methods had to travel greater distances or spend more time on the water to catch their allotment of fish, which meant they used more fuel. 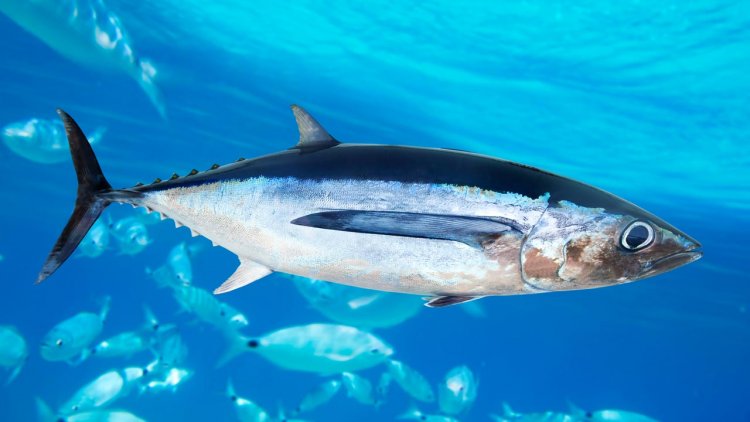 In one example, skipjack tuna had up to 12 times more estimated climate forcing when produced with trolling gear rather than purse seine gear. Skipjack from purse seine fleets had an estimated carbon footprint almost low enough to compete with plant-based protein sources, like tofu, but this style of fishing can have relatively high bycatch. On the other hand, skipjack produced from trolling has almost no bycatch, but the study estimates its carbon footprint falls on the higher end of the protein spectrum, between pork and beef.

There were other fishing methods that seemed to strike a balance. Albacore tuna caught on trolling and pole-and-line fishing gear by the North Pacific surface methods fleet had both negligible bycatch and relatively low estimated climate impacts.

Comparing bycatch, carbon footprints, and other environmental criteria can get complicated for seafood consumers, but overall, tuna had a relatively low estimated carbon footprint: less than or similar to that of chicken and lower than beef or pork, for most of the fishing methods studied.

Stephen Stohs, a coauthor of the study who is a research economist at NOAA Fisheries' Southwest Fisheries Science Center, said:

"Given recent headlines about how much carbon is unleashed by commercial fishing activities, it's important to have a rigorous, peer-reviewed data analysis which demonstrates the carbon footprint of tuna fishing activities is favorably low compared to many land-based food protein production alternatives."

The study says consumers could choose to eat seafood with negligible bycatch impacts but a higher climate impact less often, just as some people choose to eat beef less often due to its climate impact. But the fishing industry may also be able to innovate in ways that would continue improving seafood sustainability on multiple fronts. 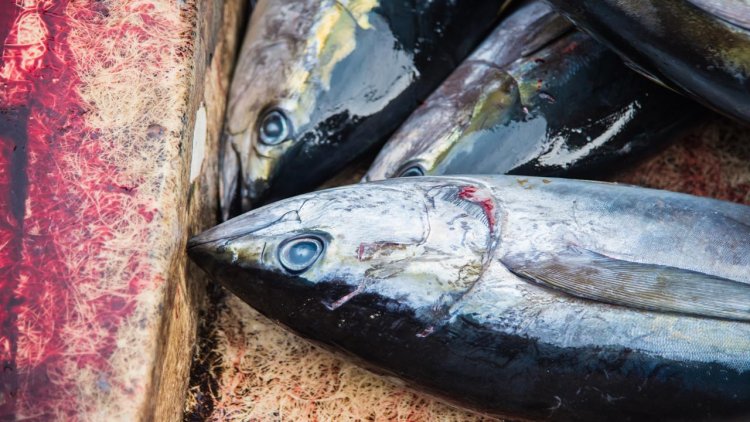 One idea discussed in the study is shifting fuel subsidies for fishing away from fossil fuels and toward investments in electrification technology and infrastructure, like hybrid electric and battery electric boat propulsion, as these options become more feasible. While this technology can't yet support longer offshore trips, it already shows potential for coastal fleets. And support for electrification efforts could prioritize fleets using highly selective fishing gear.

Another idea for lowering the carbon footprint of seafood is finding ways to offset emissions. But this strategy would first require a better understanding of emissions across the U.S. fishing sector. There are gaps in data about fuel use intensity for fishing vessels, which was a challenge even for the current study. But increased insight on emissions across the fishing sector could help with designing solutions.

Some within the fishing industry are already taking up this challenge. For example, the pollock industry in Alaska is setting an example by conducting a life cycle assessment to take a full inventory of their carbon footprint. Efforts like these have the potential to yield new sustainability benefits, and Brandi McKuin hopes more seafood producers will follow suit.