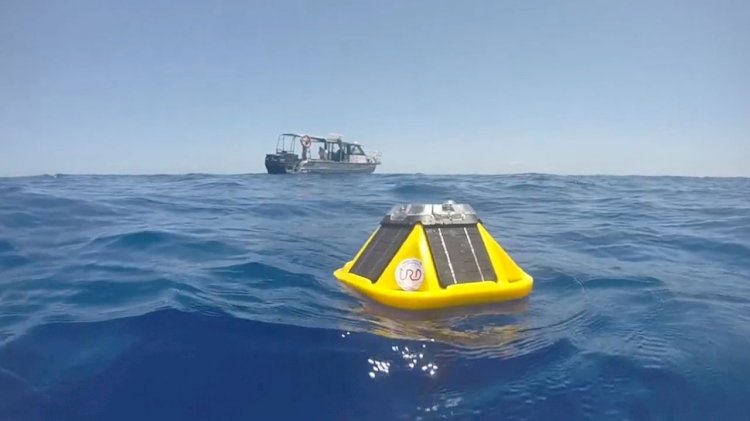 Access to coastal ocean observation systems in the Pacific Islands Countries and Territories (PICTs) has traditionally been difficult due to various factors.

The combination of a complex bathymetry, wave exposure and cost of deploying and maintaining large wave measuring devices in remote areas often meant that local meteorological services and research institutes had to rely solely on short term deployment of bottom-mounted sensors, offshore satellite altimetry or uncalibrated numerical models to assess the wave climates around their region.

According to Dr. Jerome Aucan, a researcher at the Research Institute for Development, Center of Noumea Spotter was deployed off Nouméa's Southern coast, as part of the "Regional Coastal Warning Network. This was done in partnership between the IRD (French National Research Institute for Sustainable Development), the Pacific Community (SPC) and Météo-France New Caledonia.

Until now, New Caledonia has benefited from very occasional and isolated wave measurement campaigns. The installation of Spotter will make it possible to better observe and understand the phenomena related to the swell. This system is considered experimental, and the team will analyze the data carefully before deploying other similar systems in the Pacific region.

The deployment of this sensor is part of a region-wide program focused on warning systems for coastal communities in the Pacific Islands which relies in part on real-time data provided by multiple Spotter buoys and improved numerical modeling by local scientists.

Spotters have been or will be installed in Fiji, Tuvalu and Kiribati.

This project is funded by the World Meteorological Organization (for Fiji, Tuvalu and Kiribati), and by the Ministry of Europe and Foreign Affairs via the Pacific Fund (for New Caledonia).

Drewry: Smart devices to transform the utility and value...