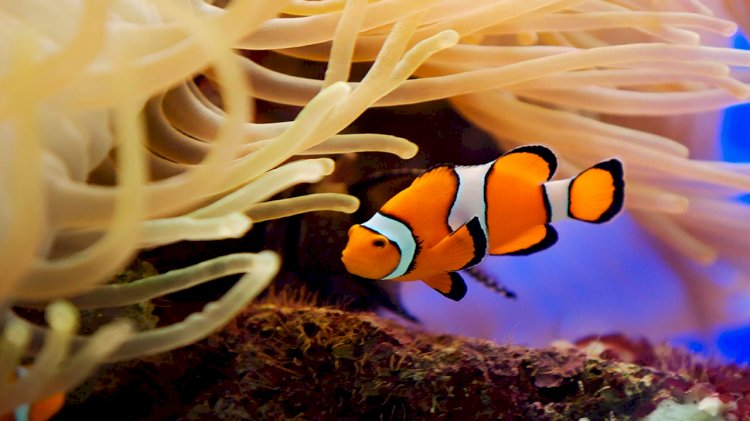 The extraordinary sounds of fish communicating to one another has been captured for the first time in the UK at SEA LIFE London Aquarium.

From a chorus of chattering clownfish to growling triggerfish, the amazing vocalisations recorded by Blue Planet II scientist and world leading expert in bioaucoustics, Professor Steve Simpson from the University of Exeter, reveal a hidden underwater soundscape.

The strange and surprising noises which include clicks, croaks, growls and trumpet-like hooting noises from a wide variety of fish species were recorded using specialist underwater recording equipment at the aquarium on London’s South Bank.

While latest scientific discoveries highlight the importance of sound for fish to interact with each other, choose habitats and explore their environment, the diverse sound recordings of fish singing to one another in the London Aquarium are the first ever to be recorded in this country.

“Sound plays an important role in the health of our oceans and we were curious to find out how the diverse fish species at London Aquarium use language to communicate with one another or at the very least find a fish that had a vocal range like Mariah Carey in time for Christmas.

The fish sounds captured are incredible! No-one expected to hear a school of clownfish croak or a crayfish hoot like a trumpet – it’s truly amazing. Thanks to Professor Simpson and Abbey Road Studios we can now listen to our fish for the very first time and teach our guests just how important sound is to the ocean.”

Having spent his career travelling the world researching the importance of underwater soundscapes and the impact of humans on the marine environment, Professor Simpson and Kieran McCloskey from the University of Exeter collaborated with the London Aquarium’s, James Wright, to see what surprising noises they could discover.

“It was really exciting to step behind the scenes of the famous London Aquarium to capture the hidden soundscape of life within its exhibits. What we discovered is truly fascinating and highlights how fish are using sound to communicate to one another in an aquarium environment just like in more natural habitats."

“I’m passionate about understanding how fish communicate and interact with their environment. There are many reasons fish make noise, including defending territories, warning against predators and during courtship. The more we listen the more we discover and I’m really happy to be working with SEA LIFE London Aquarium and Abbey Road Studios to educate more people about these amazing underwater soundscapes.

I never imagined having spent 30 years mastering music at the world-famous Abbey Road Studios that I would be remastering the hidden orchestra of fish sounds into a festive Jingle Bells track.”