They are already working on specific projects, including the propulsion of a Lürssen yacht using mtu methanol engines from Rolls-Royce. 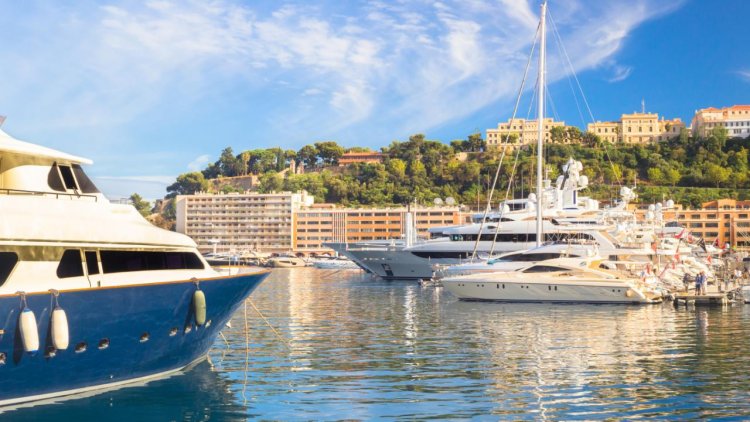 The companies plan to focus on yachts with lengths of 75 meters and above, which offer great potential for being powered by methanol – ideally 'green' methanol.

This is a synthetic fuel produced by taking carbon dioxide (which is harmful to the climate) from the atmosphere and converting it using electricity from renewable generation such as solar or wind farms. The amount of carbon dioxide given off by engines running on 'green' methanol is equivalent to the amount originally extracted from the air, resulting in a 'net zero' carbon footprint.

In addition, methanol engines emit much less particulate than comparable diesels, and their exhaust gases can be vented without undergoing SCR aftertreatment.

Daniel Chatterjee, Director of Sustainability, Technology Management & Regulatory Affairs at Rolls-Royce's Power Systems business unit, and Peter Lürssen, CEO and co-proprietor of Lürssen, discussed the opportunities and challenges of this venture during the Monaco Yacht Show.

Chatterjee, who is heavily involved in numerous committees looking into tomorrow's fuels, said:

“Methanol is currently leading the discussion on alternatives to fossil diesel. Storage and usage challenges do exist because methanol is highly flammable. But the fuel is liquid at normal ambient temperatures, so these challenges can be managed safely, as with other fuels.”

The main difference, and thus a challenge for naval architects shipbuilding engineers, is that in terms of calorific value methanol has around 2.4 times more volume than diesel, so the tanks have to be correspondingly larger.

“Methanol has disadvantages here compared to diesel, but clear advantages over other alternatives to fossil fuels. We're now seeing that today's prospective buyers of tomorrow's yachts are increasingly thinking about how they can make running their vessels as climate-friendly and environmentally friendly as possible. We are therefore registering a growing willingness among future customers to invest in new technology for climate protection, and to make space available for it in the vessel.”

Rolls-Royce is currently developing a methanol engine based on the successful mtu Series 4000. Unlike the diesel engine, whose fuel self-ignites under high pressure, methanol – with its lower flash point – is ignited using a spark plug, in much the same way as a gasoline engine.

“We want to work with Rolls-Royce to run a stationary methanol-fueled combined heat and power plant in one of our shipyards as a demonstrator for our customers.”

At the same time, the company plans to use the methanol CHP plant as a source of power for its own shipyard, thus making operations more sustainable. Mechanical energy will be used to generate electricity, and the heat from the engine will be fed through to the shipyard's heating grid.

“This way, we're going to reduce the yard's carbon footprint quite considerably. After all, we don't just want to help our customers be more sustainable, we also want to be a role model ourselves.”

Maersk and the Spanish Government to explore large-scale...

ITOCHU expands joint study framework on ammonia as an alternative...