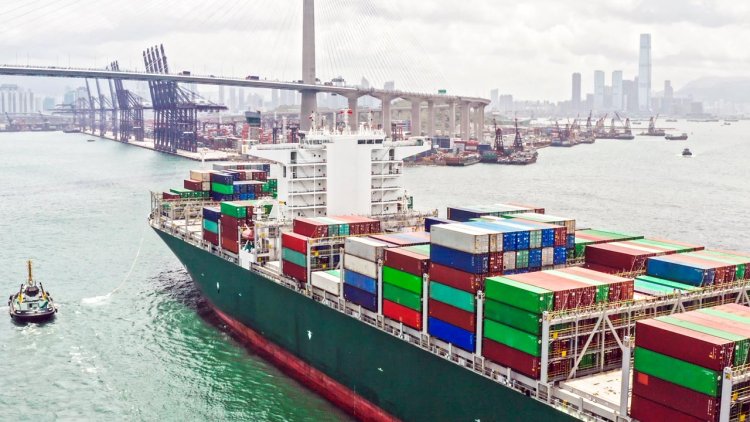 A new report released by Hydrogen Europe discusses how hydrogen can be a crucial factor in decarbonising the maritime sector and the unique opportunity ports have to become hydrogen hubs.

Within this new report, hydrogen is highlighted for being a flexible, carbon free fuel source that is flexible in the way it can be adapted for different powering applications.

Despite this, it is not an easy element to store when being compared to fuel sources that are made from hydrogen, such as ammonia, e-methanol and e-diesel, that all have better volumetric energy densities. Hydrogen Europe found that for large ships ammonia is the cheapest synthetic fuel (based on renewable hydrogen) with the trade-off lying in the fact that as the energy density of the fuels increases the cost also increases.

The report also states that regulatory framework is lacking for clean hydrogen and e-fuels; this is needed to help support the adoption of the clean fuel to mass corporations. As well as this, the costs to develop e-fuels and clean hydrogen is still high meaning that these production costs will have to be reduced before it becomes a mainstream solution.

Despite this, clean hydrogen is seen as the most convenient and cheapest option for short distance ships and inland vessels – these will kickstart the hydrogen transition. Hydrogen Europe made a calculation on the amounts of pure hydrogen that could in theory be required by ships calling on EU-ports and intra-EU shipping in the longer term.

The report also suggest that ports could become crucial hydrogen hubs that could support not only maritime shipping but the wider power transition. At several industrial hubs in Europe (Antwerp, Zeeland, Rotterdam, hydrogen is produced locally, usually from natural gas through steam methane reforming to create grey hydrogen.

The grey hydrogen will need to gradually be replaced with renewable or low-carbon hydrogen presenting an opportunity for having a large hydrogen demand centre in ports, creating a supply chain for shipping. This would be further strengthened by the fact that many port areas have industrial facilities from the hard-to-abate sectors, like the steel industry, which are also increasingly looking at hydrogen as an option for decarbonisation.

Oil discovery near Visund in the northern North Sea