This expansion phase includes the construction of another 204 meters of quay in order to provide the terminal with a 1,150 meters long quay 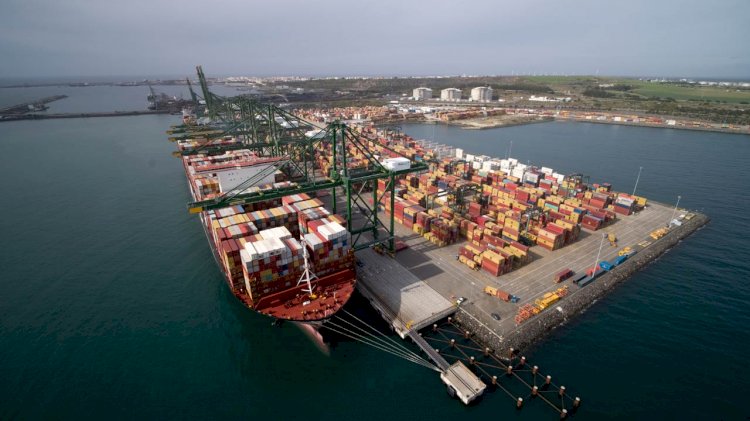 PSA Sines, concessionaire for the Sines Container Terminal (Terminal XXI), launched the tender for the expansion of this port infrastructure.

This expansion phase includes the construction of another 204 meters of quay in order to provide the terminal with a 1,150 meters long quay by the end of 2021, representing an investment of 16.5 million euros. This is the first expansion phase after the renegotiation of the Terminal XXI concession, which, in its final configuration, will offer a 1,750 meters quay, to be built by stages.

Terminal XXI is a part of the main international maritime routes in which the largest container ships in the world in operation are located, and this investment reinforces the terminal's capacity to receive several megacarriers simultaneously and thus increase its operational offer.

It is recalled that in October 2019 the Ports of Sines and the Algarve Authority (APS) and PSA Sines signed an amendment to the concession contract that allows new investments to be made regarding the expansion of the quay and the resizing and modernization of the terminal, projecting an increase in the annual handling capacity from 2.3 to 4.1 million TEU (20-foot containers).

In February 2020, APS consigned the Contract for the 3rd Phase of Expansion of the East Breakwater of the Port of Sines, in an amount of around 72 million euros, including the extension of the breakwater in 750 meters, which will allow to reinforce the protection of the east part of the Port of Sines where Terminal XXI is located. This works is part of a project approved by the Operational Program for Competitiveness and Internationalization (COMPETE 2020) and will benefit from community financing, through the Cohesion Fund, of approximately 25 million euros.

Port of Antwerp: the solution to the ecological problem...

MOL to start joint development for the digitalization of...