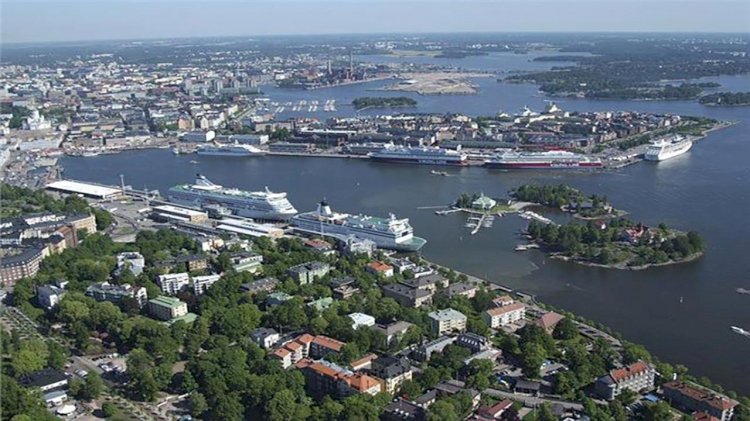 The Finnish Transport Infrastructure Agency and the Port of Helsinki will improve the competitiveness of Vuosaari Harbour by launching a project to deepen the fairway leading to the harbour and part of the harbour area. The project will be carried out during 2020 and 2021.

The Finnish Transport Infrastructure Agency and the Port of Helsinki Ltd have launched a project to deepen the Vuosaari fairway. The project will deepen the existing Vuosaari fairway and part of the harbour area from 11 metres to 13 metres. The project will include dredging about one million cubic metres of soil and excavating about 0.3 million cubic metres of underwater rock from the seabed. Non-usable dredging spoils will be transported to the Vuosaari offshore disposal site. The rock from the underwater excavation will be transported by barge to be used for rock filling in the City of Helsinki's regional construction in Hernesaari, West Harbour and the Vuosaari marine centre.

The project will increase the depth of the fairway and harbour basin to meet the requirements of a 13-metre draught. The aim of the project is to improve the transport economics of container transport in particular and develop the competitiveness of the harbour. As the fairway becomes deeper, some cargo ships can almost double their cargo capacity, resulting in significant transport cost savings and reducing the adverse environmental impact of ship traffic. Transporting the excavated rock suitable for construction by sea instead of the street network will bring significant cost savings and reduce the environmental impact of transport.

The total cost of the project is estimated at 33.6 million euros, of which 25 million euros will go to deepening the fairway and 8.6 million to the harbour. The European Union’s Connecting Europe Facility (CEF) will cover 20% of the project’s costs. In addition to this, the City of Helsinki will contribute 4.2 million euros towards the transportation costs of the rock to be transported to the City's rock filling sites.