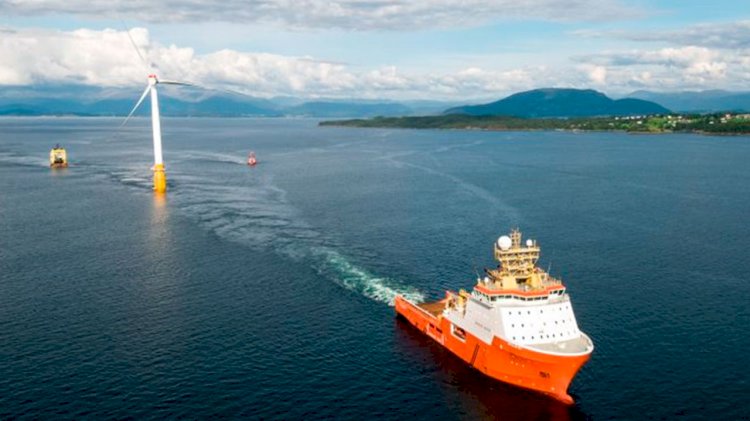 The initiative is backed by up to £500,000 funding each from the Scottish Government and the Catapult’s Welsh-based Marine Energy Engineering Centre of Excellence (MEECE), match funding from industry and active support from Cornwall & Isles of Scilly Local Enterprise Partnership. The aim is to develop an internationally recognised centre of excellence that will work to reduce the cost of energy from floating wind, accelerate the build out of floating farms, create opportunities for the UK supply chain, and drive innovations in manufacturing, installation and operations and maintenance.

The advancement of floating wind technologies is seen as vital if the UK is to deliver on its ambitious offshore wind growth target of 30 gigawatts by 2030 and meet the Committee on Climate Change’s recommendation of 75 gigawatts by 2050. ORE Catapult’s Macroeconomic Benefits Report, released in September 2018, and the joint Renewable UK and Scottish Renewables Floating Wind – The UK Industry Ambition report released today, both identify Scotland, Wales and South West England as key areas that could benefit from floating offshore wind, creating 17,000 jobs and generating £33.6 billion for the UK economy by 2050.

The Centre of Excellence will cover all the areas of floating wind activity in the UK aligning activity nationally and developing projects focused on regional priorities.

“We recognise the vital role that floating offshore wind will play in our future energy system as we continue our transition to a net zero economy and we strongly support this innovative technology. Scotland’s unique deep-water profile and significant expertise in oil and gas mean we are exceptionally well placed to take advantage of the huge economic opportunity presented by early adoption of commercial scale floating projects.

The Scottish Government is delighted to support ORE Catapult’s Floating Wind Centre of Excellence to further develop this technology and drive down costs in the sector. The collaborative programme of work delivered through the Centre will ensure that Scotland remains a world leader in floating offshore wind innovation and move us closer to seeing widespread deployment in more than 462,000 km2 of seas within Scotland’s Exclusive Economic Zone.”

“According to International Energy Agency estimates, the next generation of floating turbines could generate enough energy to meet the world’s total electricity demand 11 times over in 2040. Our team of innovation experts and engineers will work across industry and academia to accelerate floating offshore wind technology deployment and de-risk and encourage innovation to ensure we deliver UK economic benefit from the global growth of floating offshore wind – growing local supply chains and delivering UK content and jobs.

“With more offshore installations than any other country, the world’s largest floating wind farm and plans for a seven-fold increase in capacity, this is a very exciting time for our offshore wind sector. And the new Floating Wind Centre of Excellence will play a vital role in helping the UK leverage its leadership position, connecting our strong regional clusters to drive innovation and collaboration.”

“With more offshore installations than any other country, the world’s largest floating wind farm and plans for a seven-fold increase in capacity, this is a very exciting time for our offshore wind sector. And the new Floating Wind Centre of Excellence will play a vital role in helping the UK leverage its leadership position, connecting our strong regional clusters to drive innovation and collaboration.”

“There is huge potential for floating wind off the coast of Wales, representing a major opportunity for the Welsh supply chain companies and the Welsh Economy. Floating wind will form a cornerstone of MEECE activity and, working with our university partners, we will be driving synergies across wind, wave and tidal to accelerate growth across these key components of offshore renewables."