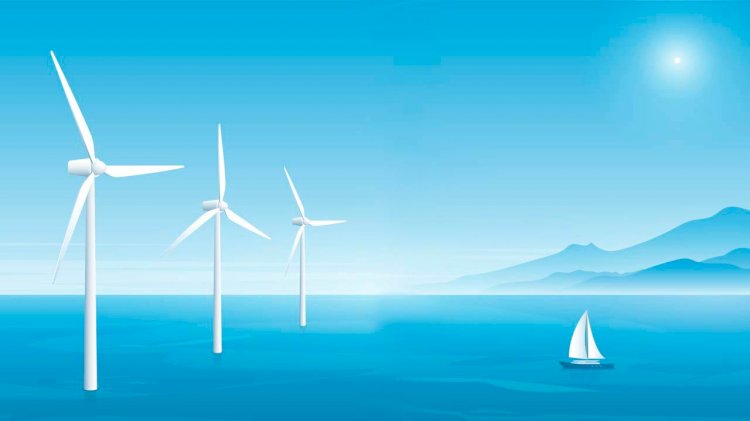 The global offshore wind projects that are set to start-up this year will make 2020 the year with the highest ever use of steel jacket foundations for new developments, a trend led by the UK and that is here to stay, a recent analysis by energy knowledge house Rystad Energy showed.

A total of 258 turbines to be installed this year will have a jacket foundation, the most ever in a single year and representing about 20% of all offshore turbines to be commissioned globally, Rystad Energy latest data show.

A British project, ScottishPower Renewables’ East Anglia ONE, accounts for 102 turbines, all to be installed with jacket foundations. It is the sole European project that will start-up in 2020 and use this technology, yet the world’s largest ever in number of turbines with such foundations.

The project’s jackets are being manufactured by Navantia (42), Lamprell (36) and Harland & Wolff (24), and will be installed by Van Oord. Another British project, Moray East, will use 100 jacket foundations and is set to become operational in late 2021. 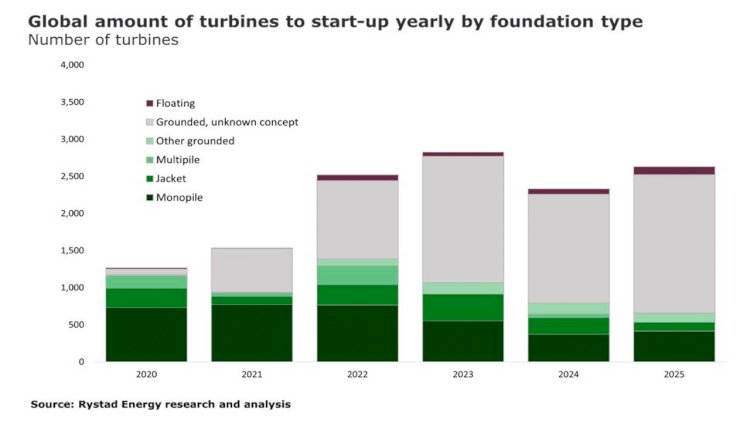 Jackets are foundations that use a lattice framework and which usually have three or four anchors set on the sea floor, making it safer to anchor a wind farm’s towers. They are common for projects that are installed in waters deeper than 30 meters, and the increase is an indication that European developers are increasingly pursuing such depths.

“The higher share of jacket foundations follows the trend of offshore wind farms being placed in deeper waters in more mature regions. As shallow-water areas get more populated, countries that look to increase their offshore wind capacity must look to deeper waters.”

Rystad Energy data show that at least 479 more offshore turbines with jacket foundations are going to start-up in Europe between 2021 and 2025. Rystad Energy global estimate for that period is of at least 1,083 jacketed turbines, including Europe, making it the second most popular ground-based foundation type after monopile.

While the market for monopile manufacturing has been dominated by specialized players such as Sif Group and EEW, the jacket market is much more open to the general steel construction manufacturers whose business has historically centered on offshore oil and gas projects or other industries, Flotre added.

LNG vessel, 'Al Jasra' had successfully conducted the first such operation while...

VIP Schedule Optimizer is designed to improve the historically manual process of...