On-shore power plant with 16 megawatts of output can supply two ships in parallel. 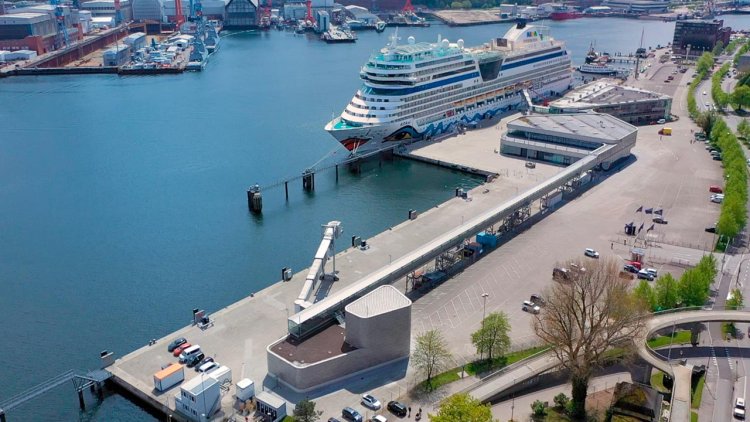 At the Ostseekai, the Minister of Economics, Transport, Labour and Technology and Tourism of the State of Schleswig-Holstein, Dr Bernd Buchholz and Kiel's Lord Mayor, Dr Ulf Kämpfer, officially commissioned one of the most powerful on-shore power plants in Europe together with the CEO of the Costa Group, Michael Thamm and Dr Dirk Claus, Managing Director at the PORT OF KIEL.

After the successful integration test, the "AIDAsol" was the first cruise ship to be connected to the shore power supply system on 16th June. With 16 megawatts, the facility can supply a cruise ship at the Ostseekai and the Stena Line ferries at the Schwedenkai in parallel with electricity produced from hydropower in a climate-neutral way.

The state of Schleswig-Holstein supported the construction of the 13.5 million euro plant with about 9 million euros and successfully lobbied at the federal level for a reduction of the EEG apportionment on shore power. 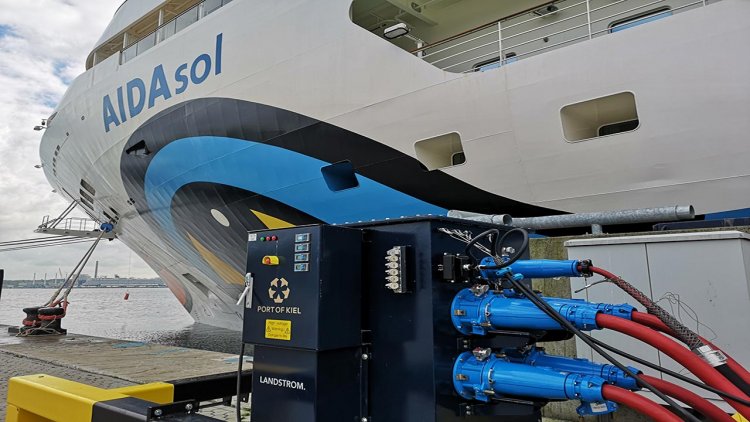 "With this investment, which now enables shore power supply at a total of three locations in Kiel, the seaport should also be very far ahead in international comparison. The plant will save thousands of tonnes of CO2 and thus relieve the people in the state capital considerably."

A good three years ago, on 26th April 2018, the State of Schleswig-Holstein, the State Capital City of Kiel, the PORT OF KIEL and the Costa Group signed the Memorandum of Understanding on the joint promotion of eco-friendly cruise tourism in the seaport of Kiel on board the "AIDAluna" at the Ostseekai. This set the course for the further intensification of cooperation with the aim of sustainably developing the maritime infrastructure, the economy and tourism in northern Germany.

"Sustainability, regional value creation and innovation are the focus of our actions. I am firmly convinced that this form of cooperation will also have a signal effect on other ports in Europe." The on-shore power plant at the Ostseekai has been tested and certified with the "AIDAsol" since 17th May. The ship is to receive shore power in regular operation in Kiel with immediate effect. 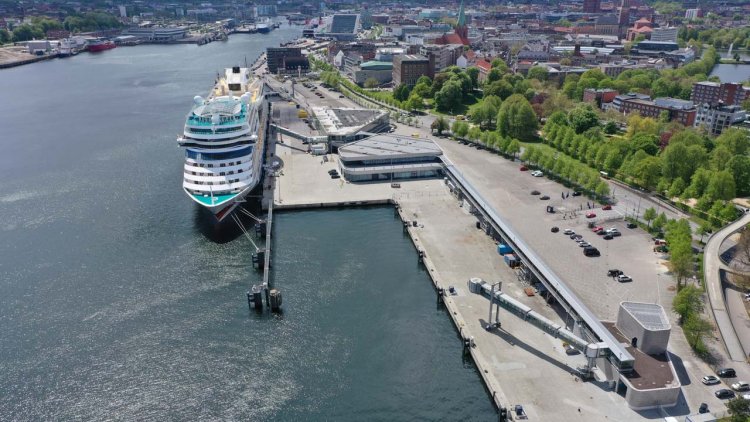 The new on-shore power plant has also been supplying the Stena Line ferries with green electricity on a daily basis since the beginning of the year. This saves about 5,000 tonnes of carbon dioxide (CO2) per year at the Schwedenkai alone. For every cruise ship that is supplied with shore power, there is an additional saving of about 45 tonnes of CO2 on average at the Ostseekai. In addition, since May 2019, the Color Line ferries at the Norwegenkai have been connected to the shore-side grid, resulting in a further 3,000 tonnes less CO2 per year.

"All inner-city terminal facilities now have a shore-side electricity connection. The Scandinavian ferry companies are leading the way in the use of electricity and I am very pleased that with AIDA Cruises the first cruise shipping company is now also using shore power in Kiel. In this way, we already cover the majority of the energy requirements of the ships berthed in the inner city area, emission-free and climate-neutral. We want to continue along this path and are already planning another on-shore power plant for the Ostuferhafen.”

VoltH2 prepares to build a green hydrogen plant in North...