Ocean waves represent an abundant source of renewable energy. But to best use this natural resource, wave-energy converters need to be capable of physically handling ocean waves of different strengths without capsizing. 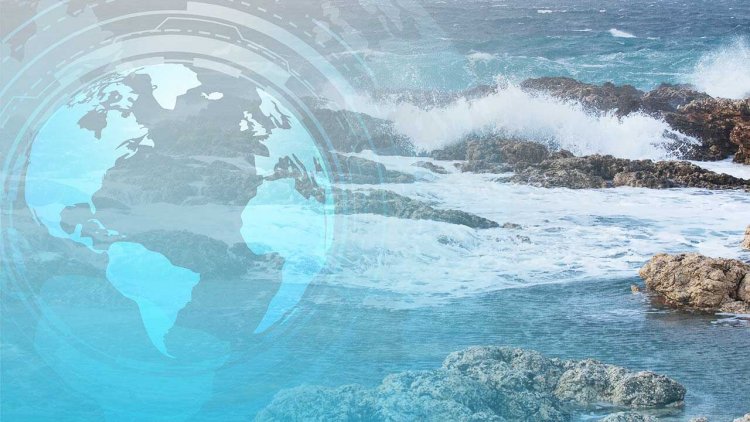 Texas A&M University researchers have developed analytical tools that can help characterize the movements of floating but anchored wave-energy devices. Unlike complicated simulations that are expensive and time-consuming, they said their technique is fast, yet accurate enough to estimate if wave-energy devices will turn over in an ever-changing ocean environment.

"Wave-energy converters need to take advantage of large wave motions to make electricity. But when a big storm comes, you don't want big wave, wind and current motions to destroy these devices. We have developed much simpler analytical tools to judge the performance of these devices in a dynamic ocean environment without necessitating massive amounts of simulations or physical model tests that take a lot of time to run and are cost-prohibitive."

The mathematical tools are described online in the journal Ships and Offshore Structures in July.

Moorings can be of several types, including wharfs and anchor buoys, and can be arranged in different configurations. In addition, there are considerable variations in the shape of wave-energy devices, making the prediction of whether the device will capsize nontrivial.

"Ships come in a variety of shapes and sizes; tankers, for example, are very different from fishing vessels or other military ships. These different geometries affect the ship's motion in the water. Similarly, the shape of wave-energy devices can be quite diverse."

For the analysis, Hao Wang, Falzarano' s graduate student, used a cylindrical wave-energy device. This generic shape allowed the researchers to simplify the problem of prediction and extended their analysis to other wave-energy converters of similar shape. He also considered three mooring configurations.

Hao used two analytical methods, the Markov and Melnikov approaches, to predict the risks of turning over under random excitation. More specifically, using information from the wave-energy device's geometry, the configuration of the mooring system and tidal wave properties, the methods yield a graph containing an envelope-like region. Intuitively, if the waves are really big, like during a storm, and the floating vessel escapes this envelope, it will likely turnover.

The researchers noted that although the analytical models were completely different, they yielded almost the same results, validating their merit and accuracy. They also said that their mathematical approach can be applied to assess the performance of other floating devices, such as floating wind turbines.

"The platform for a floating wind turbine is the same as the one for wave-energy devices, and so floating turbines can also pitchpole or turnover if the waves are very high. My group has been leaders in developing methods for predicting ship stability. We're now looking at applying those approaches to renewable, floating energy devices."

Equinor teams up for offshore wind growth in Japan