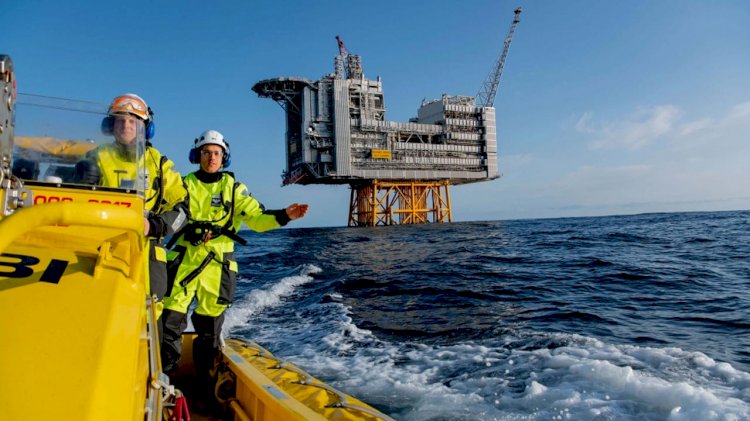 In relation to this, and to better reflect the business today and the clear actions and targets towards a lower carbon future, the Board is proposing to change the name of the Company to Lundin Energy AB.

Lundin Petroleum recognise the challenges of climate change combined with the increasing energy needs linked to growing global population, the international community’s commitment to reduce global carbon emissions and the role that forward-thinking companies can play in this. With the Decarbonisation Strategy, the Company has formalised its ongoing commitment to reduce its carbon footprint to the lowest possible levels, through an effective combination of emissions reductions, energy efficiency, targeted research and development and carbon capture mechanisms. Also, as previously announced investment in renewable energy projects will be undertaken to replace net electricity consumption, providing these generate a good return to shareholders on a leveraged basis.

Roadmap to carbon neutrality by 2030:

The Board of Lundin Petroleum is proposing to change the name of the Company to Lundin Energy AB. The proposed name change remains subject to shareholder approval at the Company’s Annual General Meeting on 31 March 2020.The Board believes that with the production growth pathway set towards the target of 200 Mboepd, coupled with sustainable, industry leading low operating costs and a carbon intensity which will be below 2 kg CO2 per boe in 2023 versus the world average of 18 kg CO2 per boe, it is clear that the Company is transforming what it delivers as well as how it is delivered. Lundin Energy better reflects what the Company is doing as an explorer and producer today and its role in supplying the energy transition with the most sustainable oil and gas production possible as an essential part of the future energy mix.

“I am personally very proud to announce the launch of our Decarbonisation Strategy, through which we are seeking to formalise our commitment to reducing emissions and our carbon footprint, in order to supply the growing demand for all types of energy with the most sustainably produced product we can. We have a target of 2030 to reach carbon neutrality across our operations and we have set out a realistic and deliverable pathway towards this, which clearly differentiates us as an independent oil and gas producer in our industry.“I am also pleased to announce that the Board is proposing to change the name of the Company to Lundin Energy. It represents our ambition to become carbon neutral, our position as a leading provider of oil and gas in the future and recognition of our role in the changing energy mix.”

EnviroManager+ has been developed to help mitigate the risk of making costly errors...