The shipment of three wind blades of 72.5 meters each on 25 March and 1 April, in partnership with Maersk Brazil, was the largest shipment of non-containerized cargo on a container ship in the world. 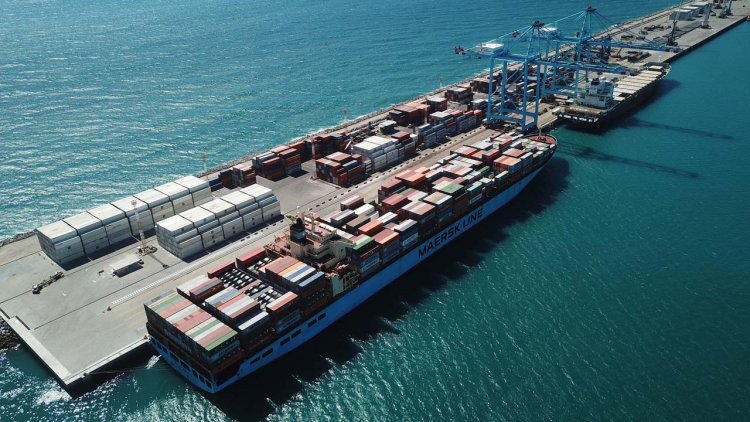 The operation was the result of joint commercial actions between several companies within Maersk, with the carrier Aliança Navegação e Logística responsible for sea freight, APM Terminals Pecém being the port of shipment and Maersk Brazil’s Logistics and Services team providing logistics solutions for the customer.

The cargo was destined for the state of Santa Catarina and operations were performed in areas 9 and 10 at the Multi-Utility Terminal (TMUT) of the Port of Pecém.

For the Managing Director of APM Terminals Pecém, Daniel Rose, in addition to integrated logistics centred on the customer, the operation itself was very important for the Terminal:

"We were very pleased with the performance of our team, who demonstrated agility and acted with tranquillity throughout operations. Our planning, safety and operations teams were fully aligned, which allowed us to carry out this complex operation successfully together with our partners.”

For the operations, a Ship to Shore (STS) crane provided by APM Terminals Pecém was first used to ship flat rack containers to serve as a base for the support and movement frames on which the blades would be docked. Subsequently, two mobile port cranes (MHC type) were used to hoist the blades, which weigh approximately 21 tons each. The shipments took place on the vessels Bartolomeu Dias and Vincente Pinzon from Aliança Navegação e Logística, which operates one of the cabotage lines that pass through the port.

Despite the novelty, the operation was carried out following strict safety protocols. For the Operations Manager, Herllon Rossato Rossdeutscher, preparation was very important:

"For more than a month we had been working on the planning of this operation and being able to carry it out successfully gave the team more confidence, experience and maturity to perform more complex operations in the future".

"For this complex operation, six bays were used for each of the 72-metre wind blade, totalling twelve bays and four flat rack containers. For the transfer to the ship, we used two MHCs, which loaded two blades in an incredible time of 55 minutes. Due to the size of the blades and the type of ship used, we are probably facing a new world record.”

André Magalhães also shares that the operation demonstrates the high capacity of APM Terminals to offer customised solutions and stay focused on customer needs, while playing a key role as logistics enabler for the development of the country.

APM Terminals Pecém offers 6 Cabotage services connecting the south to the northeast of the country and Manaus, being a strategic location for exports and imports, in addition to having a route to the east coast of the United States throughout the year and two more routes to Europe during the period of the fruit harvest.

Port of Liverpool welcomed a further arrival of five CRMG...