Klaipeda oil terminal is expecting to receive the tanker UMLMA. 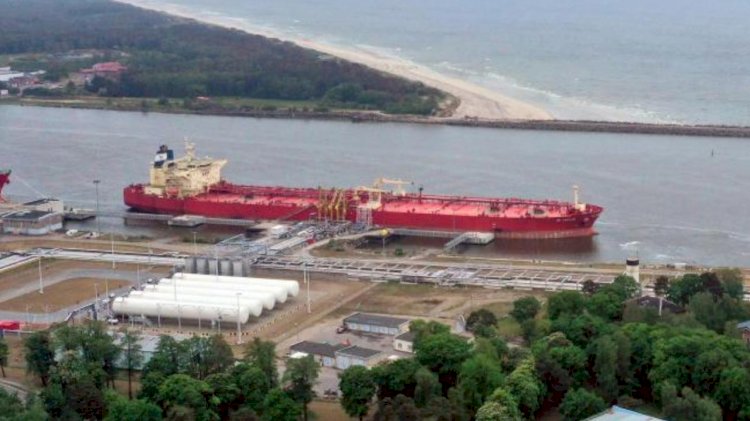 At the beginning of August, Klaipeda oil terminal operated by KN (AB Klaipedos Nafta) is expecting to receive the tanker UMLMA, which will deliver the second crude oil cargo from US to Belarus. The tanker will bring approximately 75 thousand tons of crude oil and it will be the 9th crude oil tanker for Belarus received in KN’s terminal this year.

The tanker UMLMA will visit Klaipeda oil terminal for the first time. A tanker arriving from the US Port Neches (Beaumont) in Texas, built in 2006 sailing under Qatar flag, should reach Klaipeda port between 6-8th August.

Crude oil will reach the Belarusian refinery from Klaipeda port by rail.

KN, according to the long-term contract signed in 2016 with the Belarusian Oil Company (BNK), ensures the transit of oil products and crude oil through the KN’s Klaipeda oil terminal. This agreement, which was renewed last year, is valid until the end of 2021.

"Our cooperation with BNK lasts for more than a decade: KN is part of the supply chain to ensure the export of oil products and this year – the supply of alternative crude oil to Belarusian refineries. This year, as many as 64 percent oil imported by BNK from the maritime market travels to Belarus through a terminal operated by KN. In this way, KN contributes to Belarus' aspiration to diversify oil supply sources – this year Belarusians are importing the second oil cargo from the US via Klaipeda. Over the last few years, our company has been consistently investing in the development and improvement of infrastructure to meet the changing needs of customers and the market. We have been able to accept various types of crude oil since 2019 and at the same time not to limit our customers' opportunities to continue exporting oil products.”

According to the head of KN, the 9th crude oil import tanker this year allows to assume that this service becomes relevant to customers and its continuity is likely in the long run.

The first cargo for Belarus with 77 thousand t of crude oil originating from the US was delivered to KN in May.