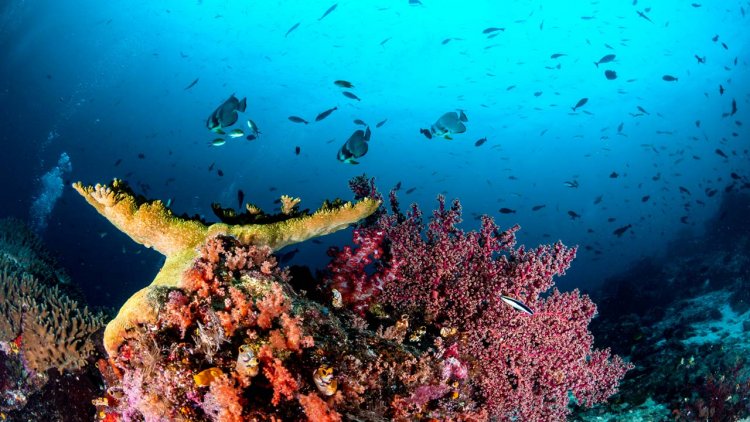 A researcher from the University of Granada (UGR) is co-leading a geological and biological research campaign that is being carried out at Australia's Great Barrier Reef (GBR)—the largest coral reef in the world. Geologists, biologists, and marine ecologists from various Australian universities and research centers are participating in the campaign.

The research vessel Falkor has been the focal point of this expedition, starting out on September 30 and continuing until November 17. The work is being funded by the Schmidt Ocean Institute, a not-for-profit organization devoted to advancing and disseminating knowledge about the world's oceans.

One team member is Ángel Puga Bernabéu, a researcher at the UGR's Department of Stratigraphy and Paleontology, said:

"On October 21, the Falkor discovered a new 'detached' reef, measuring 500 meters high off the seafloor. Its shallowest part, measuring 300 meters long and 50 wide, is located at a depth of about 40 meters."

This new reef is the first to be discovered in the GBR in 120 years. Furthermore, the images taken by the remotely-operated underwater vehicle (ROUV) show a tremendous diversity of benthic organisms (that is, those living on the seabed) and fish on this new reef.

The primary objective of the research campaign is to study the deep marine environment along Cape York Peninsula, located at the northernmost tip of the GBR—one of the most remote and isolated regions of Australia. Such environments in this region constitute one of the great mysteries for the scientific community, as the only information available to date has been gathered from disparate data obtained by other research vessels during their passage through these waters (just five in the last 12 years). For this reason, the area is considered a "frontier" of scientific knowledge. 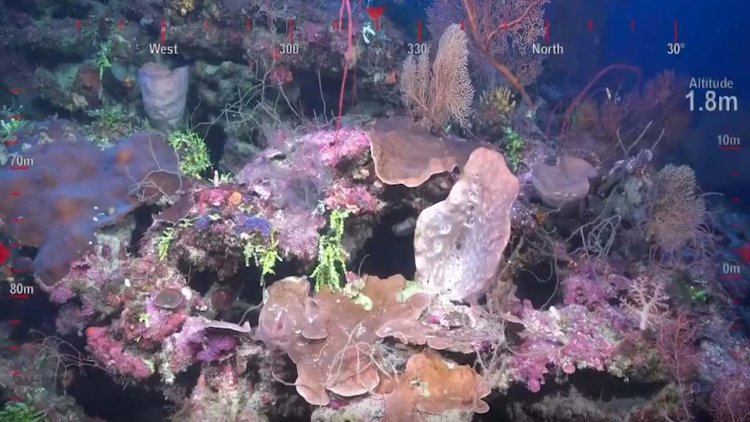 To shed light on the many unknowns that remain, the Falkor is carrying out extensive mapping of the seafloor using a high-resolution multibeam sonar.

"At this stage in the campaign, we have already made some fascinating discoveries that point to several years of work ahead for scientists."

For example, researchers have successfully mapped the entire SwainSlide underwater landslide. This large displacement consists of reefs and sediments that fell away from the continental shelf and slid down the margin, about 250 km from the coast.

Understanding what triggered this major underwater shift is of great scientific interest. Crucially, catastrophic events of this type can generate tsunamis that affect the entire coast in a matter of a few hours, as well as damaging underwater infrastructures such as communication cables or pipelines.

The researchers have also observed rich marine ecosystems at the edge of the continental shelf at unexpected depths of over 100 m and in deep marine environments on the walls and at the foot of underwater canyons. This shows that the tremendous ecological richness and diversity of the GBR are not restricted solely to the better-known shallow waters.