The new propulsion arrangement designed by Wärtsilä and RINA offers a future-proof and efficient alternative to conventional designs. 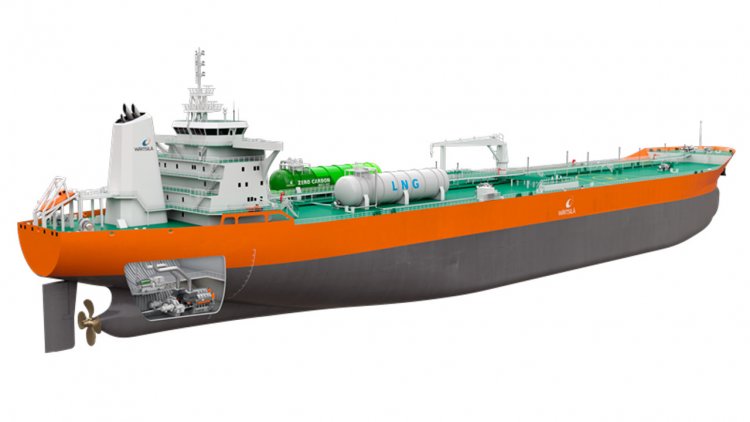 The new concept changes traditional ship design thinking and offers a highly efficient, future-proof alternative.The conventional approach in ship design has been to use 2-stroke engines for propulsion and 4-stroke engines for electric power generation. The Wärtsilä / RINA arrangement, however, requires just two 4-stroke dual-fuel (DF) engines, with options for electric power back-up from batteries or a small DF generator when the ship is idle. The design can achieve a reduction of up to 50 percent from the Energy Efficiency Design Index (EEDI) reference level value, and immediate compliance with the IMO’s 2030 targets.

The arrangement features Wärtsilä 31DF engines operating with LNG fuel. Guinness World Records has recognised the diesel version of the Wärtsilä 31 engine type as being the world’s most efficient 4-stroke diesel engine. The engine has exceptional reliability and performance, along with the flexibility to utilise future zero-carbon fuels, thereby facilitating the pathway to decarbonisation. 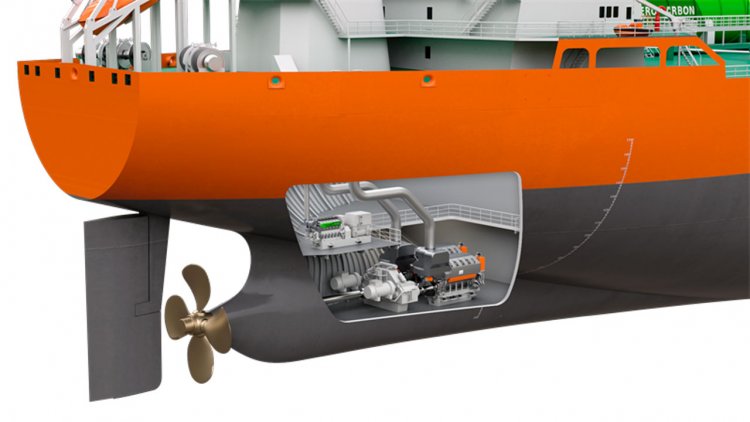 “At Wärtsilä we are committed to leading shipping into a new era of higher efficiencies, lower operating costs, and greater environmental sustainability. This cooperation project with RINA is fully in line with these ambitions, and we see this propulsion arrangement as being an important and value-adding option for the coming generation of newbuilds.”

“We are really excited about this new concept as it represents a proven and more efficient solution than was earlier possible. The combination of fewer running components and 100 percent redundancy, with a single engine capable of handling both propulsion and electric power, even in port, promotes both safety and reliability. The highly efficient Wärtsilä 31DF engine enables ship owners to reduce fuel costs, while at the same time being proactively prepared for the fuels of the future.”

At current shipping speeds, the system performance of the new arrangement provides at least the same, or better efficiency than an equivalent 2-stroke design. At slower speeds, it has the potential to reduce fuel consumption and emission levels even further. Overall, the arrangement is as easy and less costly than traditional 2-stroke propulsion systems.  Both Wärtsilä and RINA emphasise sustainability in their strategies and values, with a common desire to optimise the technological and operational aspects of the marine industry.

Wärtsilä to supply its equipment for Bore's first LNG fuelled...