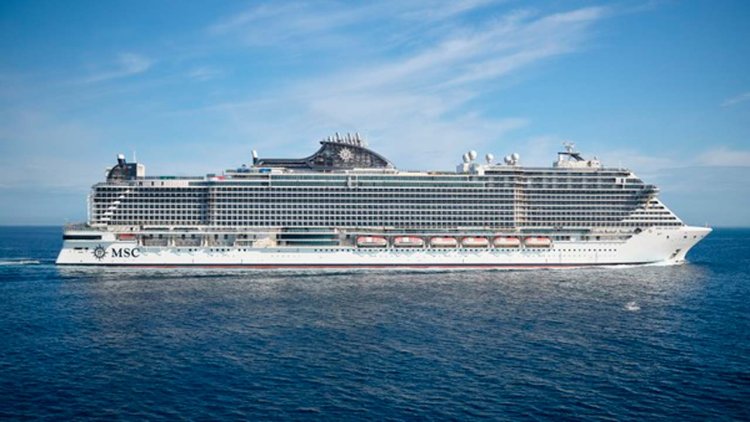 The vessel is the 21st to join the MSC Cruises fleet and MSC Seascape is the fourth to have been built by Fincantieri as part of a €7 billion investment package for 10 ships.

The shipyard will also build six new vessels for MSC’s luxury travel brand, Explora Journeys. MSC Seascape is the largest and most technologically advanced cruise ship ever built in Italy and features important innovations from an environmental perspective.

The handover ceremony, held at Fincantieri’s Monfalcone shipyard, was attended by Massimiliano Fedriga, President of the Friuli Venezia Giulia region, Anna Maria Cisint, Mayor of Monfalcone, Admiral Nicola Carlone, Commandant of the Port Authorities, Gianluigi Aponte, Founder and Chairman of the MSC Group, Pierfrancesco Vago, Executive Chairman of the MSC Group’s Cruise Division, the ship’s godmother Zoe Africa Vago, for Fincantieri General Claudio Graziano and Pierroberto Folgiero, Chairman and CEO, and Luigi Matarazzo, General Manager Merchant Ships Division, as well as representatives of the MSC newbuild team along with managers and workers from the shipyard. Paying tribute to ancient seafaring traditions, Monfalcone shipyard director Cristiano Bazzara, presented MSC Seascape’s captain, Roberto Leotta, with an ampoule containing the first water that touched the hull when the ship was floated out a year ago.

Addressing the Government, Pierfrancesco Vago, Executive Chairman of the Cruises division of the MSC Group, underlined:

“The shipping, logistics and transport sector requires large investments and is based on multi-year spending programmes.  We therefore need political stability and a strong, authoritative and constant presence in Europe.  Italy - like France and Germany - needs to play a leading role in Europe.  Since most of the issues related to the shipping sector are now discussed and decided within the European Community"

“The delivery of MSC Seascape represents great importance from many points of view, first of all in the relationship with the shipowner. In fact, this ship is the seal of a hugely successful class, "Seaside", launched over eight years ago with two new generation units, further evolved into the two "Evo". Secondly, from a management point of view, for Fincantieri this is a result of absolute importance, achieved in full compliance with the deadlines despite the unprecedented difficulties that have characterized the global context in recent years. Finally, in terms of technological innovation, Seascape stands at the forefront in terms of environmental sustainability. By virtue of all this, we look to the future of the sector with optimism, aiming to remain a leader also thanks to a consolidated and ambitious partnership such as the one with MSC”.

MSC Seascape will begin her inaugural season in the United States, where she will be christened on 7th December in New York. She will then move to the Caribbean, offering two different weekly itineraries departing from Miami. The first, in the eastern Caribbean, will sail to Ocean Cay MSC Marine Reserve, Nassau (Bahamas), San Juan (Puerto Rico) and Puerto Plata (Dominican Republic). The second itinerary, in the western Caribbean, will call at Ocean Cay MSC Marine Reserve, Cozumel (Mexico), George Town (Cayman Islands) and Ocho Rios (Jamaica).