Equinor, Shell and Total invest in the Northern Lights project 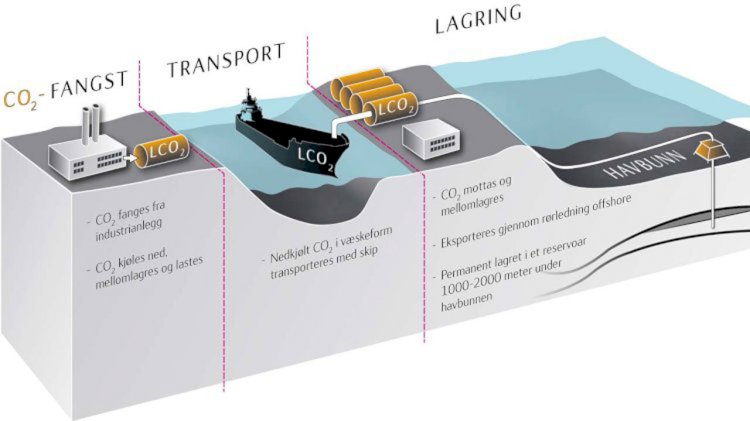 Equinor, Shell and Total have decided to invest in the Northern Lights project in Norway's first exploitation licence for CO₂ storage on the Norwegian Continental Shelf. Plans for development and operation have been handed over to the Ministry of Petroleum and Energy.

"The Northern Lights project could become the first step to develop a value chain for Carbon Capture and Storage (CCS), which is vital to reach the global climate goals of the Paris Agreement. Development of CCS projects will also represent new activities and industrial opportunities for Norwegian and European industries."

"This unique project opens for decarbonisation of industries with limited opportunities for CO2-reductions. It can be the first CO2 storage for Norwegian and European industries, and can support goals to reduce net greenhouse gas emissions to zero by 2050."

The investment decision concludes the study phase during which the Equinor, Shell and Total worked closely with Norwegian authorities to conduct engineering studies and project planning, drill a confirmation well and develop the necessary agreements. Following the investment decision, the partners intend to establish a joint venture company.

The initial investments will total almost NOK 6.9 billion. The project will generate much needed jobs for Norwegian industry, with an estimated 57 percent of the investment going to Norwegian contractors.

“CCS is a crucial technology to help society and economies thrive through the energy transition. Shell is active in all parts of the CCS value chain and Northern Lights further strengthens our global CCS portfolio. We appreciate the leadership shown by the Norwegian Government to accelerate the development of CCS value chains and believe that the Northern Lights CO2 transport and storage solution has the potential to unlock investment in capture projects across Europe.”

“Total is proud to be part of this first commercial-scale carbon transportation & storage project in Europe. Together with our industrial partners, under the leadership of Norway, we’ve managed to conclude successfully the technical studies and we have achieved an important step towards the realization of the project. Today, more than ever, we are willing to maintain our efforts on the development of the CCS technology which is needed to reach the EU carbon neutrality goals and is fully part of Total’s new Climate Ambition to get to Net Zero by 2050.” 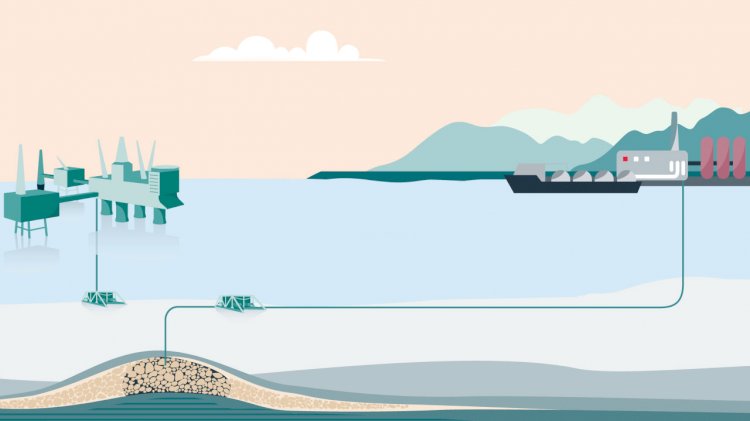 The project will be developed in phases. Phase 1 includes capacity to transport, inject and store up to 1.5 million tonnes of CO2 per year. Once the CO2 is captured onshore by industrial CO2-emitters, Northern lights will be responsible for transport by ships, injection and permanent storage some 2,500 metres below the seabed.

The CO2 receiving terminal will be located at the premises of Naturgassparken industrial area in the municipality of Øygarden in Western Norway. The plant will be remotely operated from Equinor’s facilities at the Sture terminal in Øygarden and the subsea facilities from Oseberg A platform in the North Sea.

The facility will allow for further phases to expand capacity. Investments in subsequent phases will be triggered by market demand from large CO2 emitters across Europe.

Equinor, on behalf of the partners, has already signed non-binding Memoranda of understanding with several European companies for the development of value chains in carbon capture and storage. Binding commercial agreements will depend on positive investment decision from Norwegian authorities and for individual third-party projects. This cross-industry collaboration is a unique solution and enables handling of large CO2 volumes that would otherwise have been emitted. This new value chain and infrastructure for carbon capture and storage projects can only be developed with cooperation between governments and companies.

If the project receives a positive final investment decision from the Norwegian Government in 2020, Phase 1 is expected to be operational in 2024.