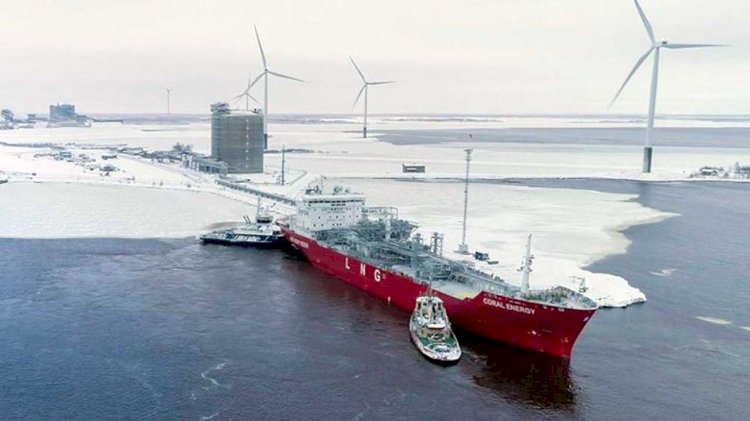 The International Maritime Organization is aiming to at least halve greenhouse gas (GHG) emissions from shipping by 2050. LNG is an ideal transition fuel to begin that journey. Although it is a fossil fuel, the same supply, storage and combustion technologies can later be used with carbon-neutral bio- and synthetic gas as these become available. As LNG bunkering infrastructure is already widespread, Wärtsilä believes this pathway represents the simplest, fastest and most cost-efficient way for shipping to reach its 2050 vision.

Methane is the main component of LNG and a potent greenhouse gas, with a global warming potential many times that of carbon dioxide. Its escape during the production and use of LNG reduces the positive impact of the fuel on GHG emissions.

Methane slip from Wärtsilä dual-fuel engines has been slashed by 75% over the past 25 years and further advances will drastically reduce methane slip again over the next three years. Engine advances and emission abatement improvements in the fuel production and supply chain mean that all our gas engines will soon offer a decisive emissions advantage over diesel.

Methane emissions must be projected for shipping to select appropriate technologies for reducing GHG emissions. But accounting for methane emissions is not straightforward. For example, there is disagreement over whether methane’s impact should be projected over a 20-year or 100-year timescale. The shorter timescale shows a bigger impact as methane breaks down relatively quickly in the atmosphere. To date, most scientific studies have adopted a 100-year view, as does all relevant legislation. 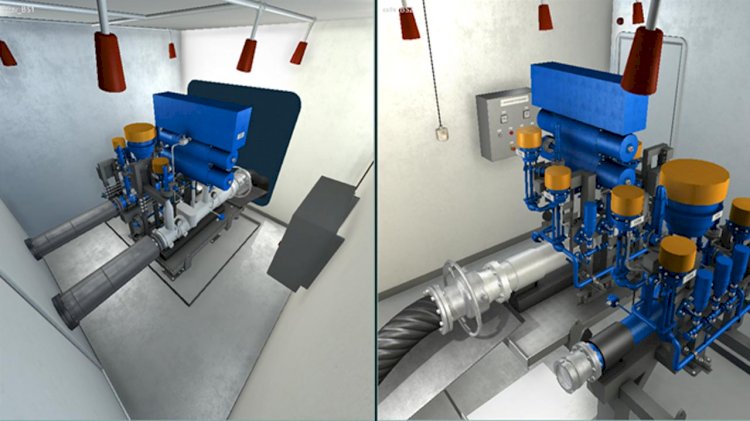 Two reports show how similar facts can give rise to different interpretations of the impact of methane emissions.  In April 2019, the consultancy thinkstep analysed the GHG emissions impact of LNG as a marine fuel across its lifecycle[i]. In January this year, the International Council for Clean Transport (ICCT) released a similar report[ii]. But while the authors of the thinkstep study argued that ship engines using LNG emit less GHG than those burning heavy fuel oil, the authors of the ICCT report used broadly similar numbers to argue that gas engines are worse emitters than those burning conventional diesel.

Wärtsilä believes that the ICCT report uses methane emission levels that do not reflect the latest gas engine technology. As only a small proportion of the global fleet uses gas engines today, forecasts on the emissions of the future gas-fuelled fleet should be based on the newer engine technology likely to be installed on vessels from today.

But the study uses an average methane slip for low-pressure, dual-fuel medium-speed gas engines (of 5.5g/kWh) that is higher than that of all but one engine in Wärtsilä’s portfolio. A more appropriate figure can be taken from the Wärtsilä 46DF, a modern engine that is in marine service and more closely reflects the current state of low-pressure, dual-fuel technology in four-stroke engines. Using this engine, methane slip measured under similar conditions as those in the two studies would be 2.8g/kWh.

Using the assumptions from the thinkstep report, this level of methane slip would lead to engine emissions that are 14% lower and total well-to-wake emissions that are marginally lower than marine gas oil over a 100-year timeframe. Modern dual-fuel four-stroke engines are already better for the environment over the most widely used timeframe. And further advances will cut emissions to the point where they exceed the performance of diesel engines even across the more challenging 20-year timeframe. 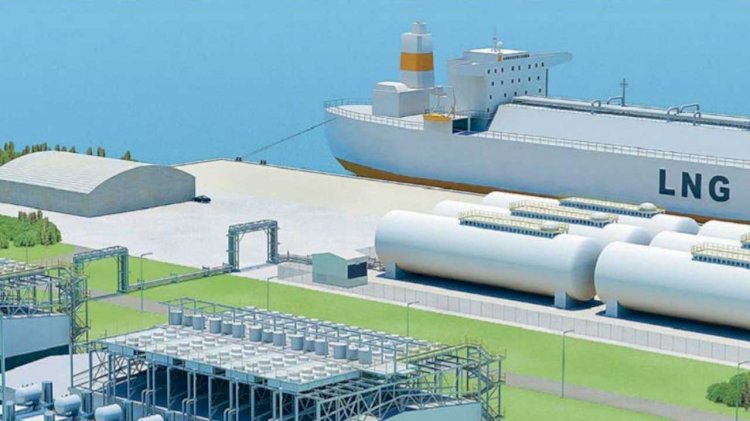 One continuing focus area is the design of engine combustion chambers. Typical combustion in a marine gas engine demands a high oxygen content and a low temperature to maximise efficiency while producing the lowest NOx emissions. Because methane burns more completely at hotter temperatures, some of the gas can pass unburned to the exhaust if it is, for example, close to any of the relatively cooler areas sometimes found in the combustion chamber. Slip can be reduced further by optimising the chamber to both minimise these cool areas and eliminating any crevices where unmixed methane can escape combustion.

Another important parameter is the timing of gas admission and valve overlap duration. The overlap is the time that inlet and exhaust valves are open at the same time. This is often used to allow partial cooling of engine components between the combustion cycles – to reduce NOx formation - but it also improves scavenging as the incoming charge air assists the removal of the remaining exhaust gas in the cylinder. So while this helps with cooling, it also exacerbates methane slip. Working on reducing overlap time, both through the engine control system and the valve train, will minimise decrease methane slip.

Other methane reduction techniques under investigation include adding a proportion of hydrogen to the combustion process. This improves the combustion and decreases methane slip. However, the higher combustion pressures and temperatures achieved lead to an increase in NOx formation that can push the limits of what is regulated for under IMO Tiers II and III.

These advances promise to slash methane slip and cut greenhouse gas emissions from low-pressure, dual-fuel engines. In land-based power generation activities Wärtsilä already has an installed base of around 2GW of engines operating at a methane slip of around 1g/kWh. Based on this experience and the technologies above, Wärtsilä is confident that it will have marine engines operating at this level by 2023, as well as having retrofittable technologies available to enable similar performance in older engines. Compared to diesel engines, a methane slip of 1g/kWh would cut greenhouse gas emissions on a tank-to-wake basis by 23% over a 100-year timeframe and 14% over 20 years.

There is also clear evidence that emissions abatement measures in the production and supply of LNG – which currently emit much more methane than engines – will continue to become more stringent. Wärtsilä is therefore convinced that dual-fuel engines will soon outperform MGO on a well-to-wake basis - even on the more onerous 20-year measure of GHG emissions. 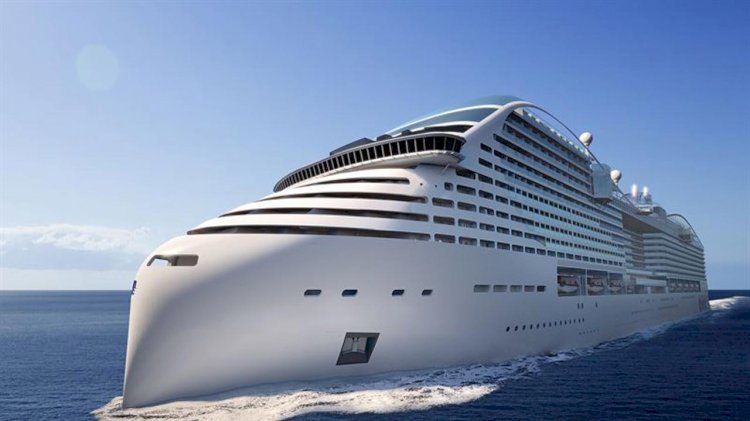 The nature of different engine processes and the impact that size has on combustion means that two-stroke and high-pressure gas engines will continue to offer lower methane slip. However, there are several applications in which two-stroke engines are not suitable – smaller vessels or those with large fluctuations in power demand, for example - and many reasons why ship owners would value low-pressure technology.

Cost is the biggest factor. Low-pressure dual-fuel engines do not require the expensive high-pressure fuel gas supply systems that must accompany gas engines deploying the Diesel combustion cycle. They meet IMO’s Tier III NOx emission limits without after-treatment, saving on the installation of selective catalytic reduction units. The lower local pollution of low-pressure engine also means that operators do not have to pay for the regular replenishment of urea that exhaust aftertreatment systems require.

The issue of methane emissions is rightly at the centre of discussions over LNG-fuelled engines. Well-formed regulation will be critical in ensuring that the most effective environmental technologies are adopted. When it comes to climate change, this means that regulations on how to reach IMO’s 2050 ambition – as well as the existing Energy Efficiency Design Index - need to reflect the impact of methane as well as CO2.

Given methane’s high global warming potential, it is important that all stakeholders, including engine makers and regulators, should continue to work to minimise slippage and properly account for methane emissions. But the issue should not detract from the fact LNG can play – indeed already is playing - a significant role in shipping’s decarbonisation.

ABB and HDF team up on fuel cell sysems for ships