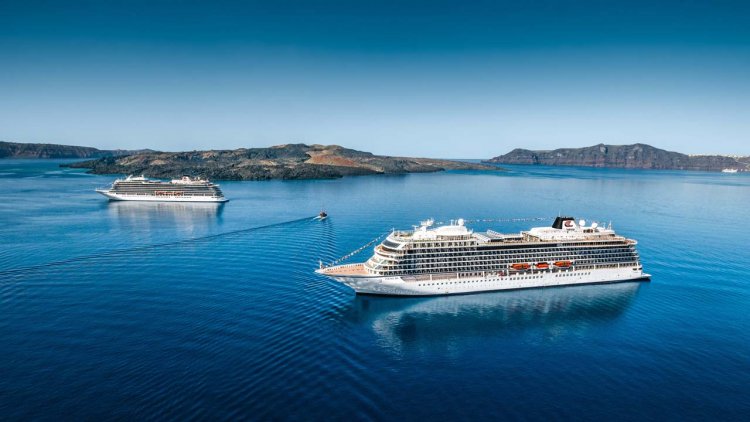 Viking® has named its newest ocean ship, Viking Venus®, with a celebration at sea in the English Channel as the ship set sail for her inaugural voyage.

As part of the intimate event, the ship’s ceremonial godmother, revered British journalist and broadcaster Anne Diamond, offered a blessing of good fortune and safe sailing for the ship—a naval tradition that dates back thousands of years.

This Saturday, May 22, guests will embark Viking Venus in Portsmouth for the first of five roundtrip sailings of the England’s Scenic Shores itinerary in May and June. Part of Viking’s Welcome Back collection, the eight-day voyages also call in Liverpool, the Isles of Scilly, Falmouth and Portland. Anne Diamond will also join guests for the first three sailings of England’s Scenic Shores and will serve as a guest lecturer with her presentation about the untold story of British radar inventors, including her father, during World War II. Anne’s presentation will also be featured on Viking.TV in the future. Following her time in England, Viking Venus will then sail to Malta, where she will homeport for new Welcome Back voyages in the Mediterranean this summer and fall.

“Today is one of the proudest days in Viking’s nearly 24-year history. When we became the first cruise line to suspend operations in March 2020, we certainly did not know it would be 14 months before guests would be welcomed back on board. Now, we are among the first to set sail again—and with our industry-leading health and safety protocols in place, we believe there is no safer way to travel the world than on a Viking voyage. On behalf of the entire Viking family, we are delighted to celebrate the naming of our newest ship in England. We are also grateful to her godmother, Anne Diamond, for her many journalistic and selfless contributions—as well as for her tireless efforts fostering a community on Viking.TV each week for more than a year.”