One research mission, dubbed Expedition 386, wants to use sediment records in the Pacific Ocean off the coast of Japan to track and record thousands of years of past seismic activity. 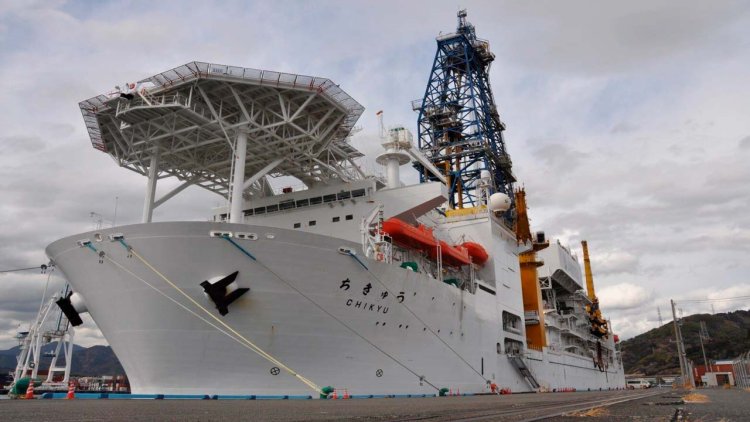 Although the offshore portion of the expedition ended last summer, the scientific portion of the mission, a month-long investigation into the recovered samples, recently ended on March 15.

Roughly 30 international scientists are involved with the project, including Derek Sawyer, an associate professor of earth sciences at The Ohio State University.

Although he joined the trip almost two years ago, the mission was subsequently postponed due to the pandemic, forcing many of the researchers to conduct their science remotely.

While researchers have been studying earthquakes for centuries, the expedition offers a unique opportunity to answer key questions that have stumped scientists about these unearthly tremors.

"There are lots of places around our planet that have earthquake hazards, Japan being one of them. But there's been a lot of scientific research and efforts to try to understand earthquakes in general by looking at a place like Japan, to learn a lot about how they work and how frequent they are."

About 1,500 earthquakes strike Japan every year, the latest being a powerful magnitude 7.3 earthquake that rocked its northeast coast earlier this month. Since the island nation is located in an area where four major tectonic plates meet (the Eurasian, Okhotsk, Pacific, and Philippine Sea plates), the entire archipelago is home to an array of natural geological occurrences, including hot springs and volcanoes.

Because of this vulnerability, the country is home to one of the most effective earthquake early-warning systems in the world. In other words, Japan is the perfect location to study how earthquakes affect the Earth's tectonic memory, and learn how geologic time lines up with our own.

To do this, the expedition's goal was to explore the Japan Trench, a deep submarine trench filled with a range of high and low geologic formations. These diverse underwater topographies can, when disturbed, send earthquake-triggered deposits, or sediment downslope to fall into these deep basins. Although it can be tricky to tell if these deposits were made by particularly bad storms or quakes, this special mud could stay buried there for millions of years, waiting to tell a story.

"Sediments, oftentimes, especially in quiet deep oceans, they just deposit layer by layer, grain by grain, slowly but surely. However, there are also times when a pulse of sediment can be deposited quickly, for example from an underwater landslide or current triggered by earthquake shaking."

"We can then recover the sequence of sediments by collecting long cylindrical cores, akin to using a giant straw to extract the sediments. We can then split open the core and read or interpret the history of the layers that are there."

Today, a typical oceanic drill can reach depths of about 200 to 2,000 meters below sea level. Expedition 386, however, broke ocean drilling records last summer after the crew drilled down more than 8,000 meters to recover these sediment samples. Descending at approximately 1 meter a minute, just a one-way trip takes a couple of hours to get close to their destination under the seabed, Sawyer said.

To find proof of past seismic activity, his team created incredibly detailed observations of the cores, including whether they have any unique geological characteristics, their geochemistry, and even if there were any fossils to be found inside the samples.

If Sawyer and his colleagues are able to successfully record and compile their findings over the next few months, researchers will be able to age-date these sediment cores and build a catalog of major earthquakes near Japan. Such a log, much like how a tree's rings record its personal history, could help scientists better understand the frequency of larger quakes.

That information could also be used to extend the public's knowledge of the hazards associated with these events and mitigate or even plan for them in the future.

"You can't stop them from occurring. But you can think about the best ways to engineer or build resilience of communities that are susceptible to impacts of earthquakes and their tsunamis. Vital information for that is an accurate record of frequency and magnitude of past earthquakes."

Innovative science approach is a game-changer for global...