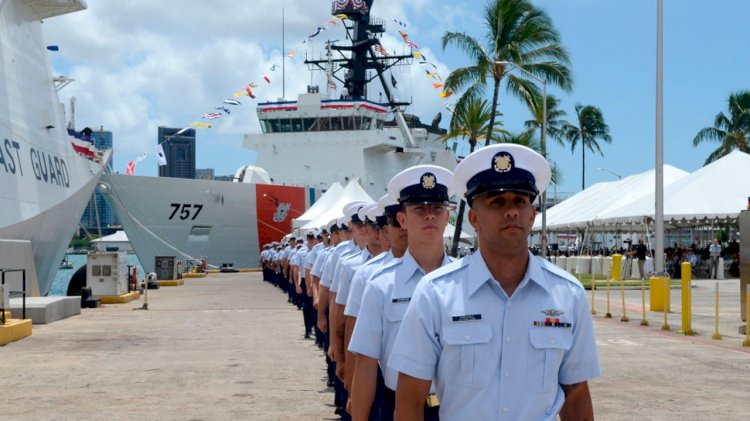 “These national security cutters will continue our 150 years of partnership and commitment to the Pacific region - since September 1849, when Revenue Cutter Lawrence sailed into Honolulu Harbor escorted by Native Hawaiians in outrigger canoes. In today’s complex geostrategic environment with rising great power competition, the importance and demand for a strong Coast Guard presence in the Pacific has never been greater.”

The Kimball and Midgett, along with the three fast response cutters also homeported in Honolulu, will further advance the Coast Guard’s longstanding commitment to safeguard the nation’s maritime safety, security, and economic interests through critical deployments across the Indo-Pacific region.

From the Bering Sea and the Arctic to patrolling known drug trafficking zones off Central and South America to working to strengthen the capabilities of our partners across the Indo-Pacific, national security cutters deploy globally to conduct essential Coast Guard missions.

Known as the Legend-class, national security cutters are capable of executing the most challenging national security missions, including support to U.S. combatant commanders. They are 418 feet in length, 54 feet in beam and 4,600 long tons in displacement. They have a top speed of more than 28 knots, a range of 12,000 nautical miles, an endurance of up to 90 days and can hold a crew of up to 150. These new cutters are replacing the high endurance Hamilton-class cutters (378 feet) that have been in service since the 1960s. 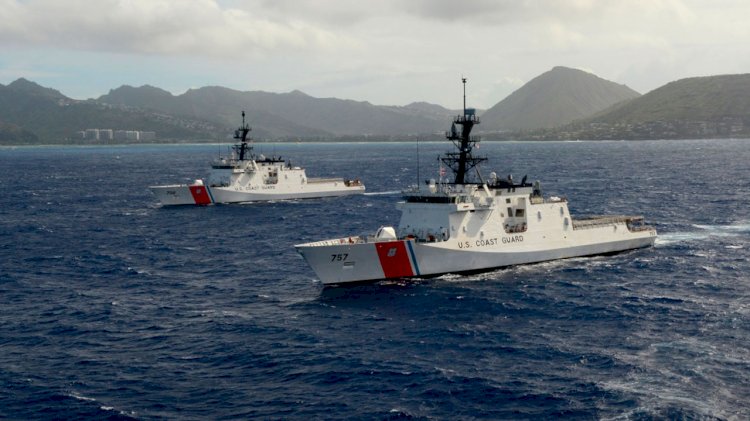 Klaveness' CLEANBU made the first switch from wet to dry cargo

US Navy selects Northrop Grumman as design agent for AN/SPQ-9B...

In July there is 64 registered users and when “official” launching will take place...

To monitor the bivalves’ activity directly in the field, the valvometer is installed...

KIZAD rolls out new set of digital services through Maqta...

The rollout brings the total number of KIZAD digital services to 84, which are available...