TECO 2030 has announced the completed production of the world's first fuel cell stack developed and purposely designed for heavy-duty and marine applications. 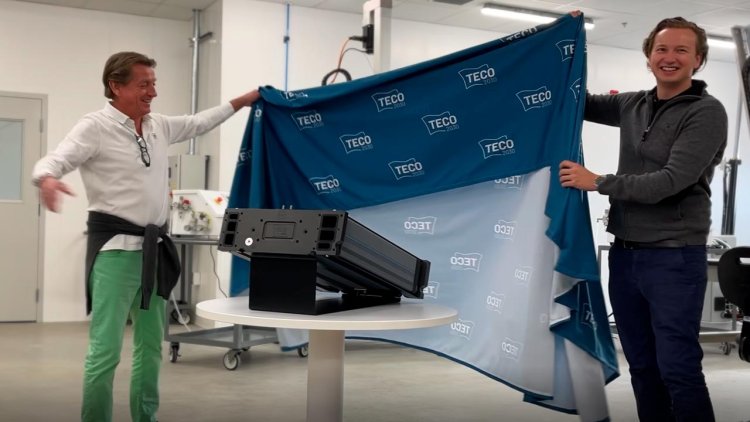 A fuel cell stack consists of a number of individual stack cells, each generating electricity from electrochemical reactions based on fuels such as hydrogen.

TECO 2030's fuel cell stack contains a few hundred stack cells and provides a net output of 100 kW. The stacks are then combined together with balance of plant (BoP) components into a fuel cell module. TECO 2030 plans to assemble and test the first FCM400 (Fuel Cell Module 400 kW) during the summer of 2023 at AVL's s facility in Graz, Austria.

Several modules, in turn, can be combined to supply the megawatts of output needed for applications such as ship propulsion, auxiliary power and other heavy-duty applications.

"It's amazing to be able to physically touch the first TECO 2030 fuel cell stack. I would like to thank all the team members at TECO 2030 and our development partner AVL who have worked hard to ensure this project has progressed according to schedule over the past months and years, enabling us to proceed with several pilot projects during 2023."

The occasion was celebrated in Vancouver, Canada, where AVL has its global center of excellence for proton exchange membrane (PEM) fuel cell stacks. Key management from TECO 2030 and AVL, as well as several investors of TECO 2030, took part in the event.

"Following the milestone announced today, we will gradually increase production during 2023 to supply fuel cell systems for a number of pilot projects, followed by automated volume production at our gigafactory in Narvik, Norway, from early 2024."