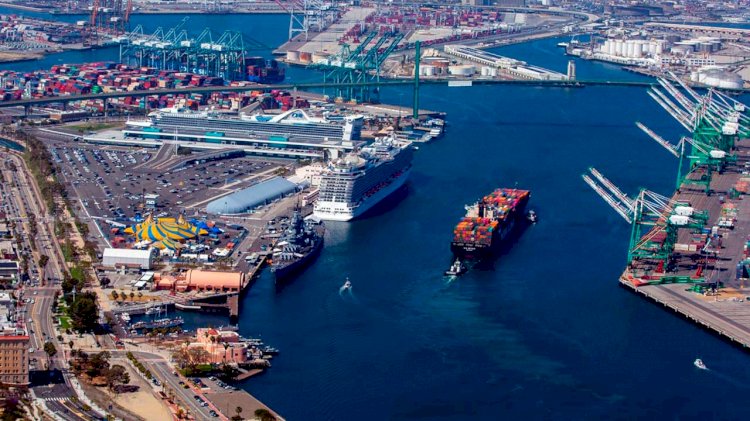 The Port of Los Angeles continues to make progress cutting emissions from ships, trains, trucks, harbor craft and cargo handling equipment since 2005, according to its 2018 Inventory of Air Emissions Report. Additionally, the report shows the Port is meeting and exceeding all 2023 targets for reducing primary pollutants while cargo volumes continue to rise.

“Even as cargo has increased 26 percent since the baseline year of 2005, we’ve sustained the remarkable clean air gains we’ve made since then. Our goal remains getting to zero emissions, which is why we’re focused on working with our partners on operational efficiencies and next-generation near-zero and especially zero emissions solutions, so our port, community and environment can thrive together.”

“The annual increases are not surprising given the 1.3% growth in container cargo volume since the previous year. They underscore the importance of further reducing combustion-based engine technologies in heavy-duty equipment in port operations and ultimately moving toward widespread use of zero emission technologies to achieve continued GHG reductions.”

The Port is currently leading or participating in 16 projects with multiple partners to demonstrate near-zero and zero emissions engines, emissions control technology, and alternative fueling and charging stations. The projects include testing hybrid and fully battery-electric, natural gas and hydrogen fuel cell heavy-duty trucks; battery-electric forklifts, yard tractors, top handlers and rubber-tired gantry cranes; and emissions control equipment on large ships and harbor craft. All demonstrations are conducted in real-world operating conditions in and around the San Pedro Bay ports.

“These projects are among our most ambitious clean air initiatives to date. Year-to-year emissions may fluctuate as we develop, assess and implement these initiatives, but as we reduce or eliminate combustion, we move the needle closer to zero.”