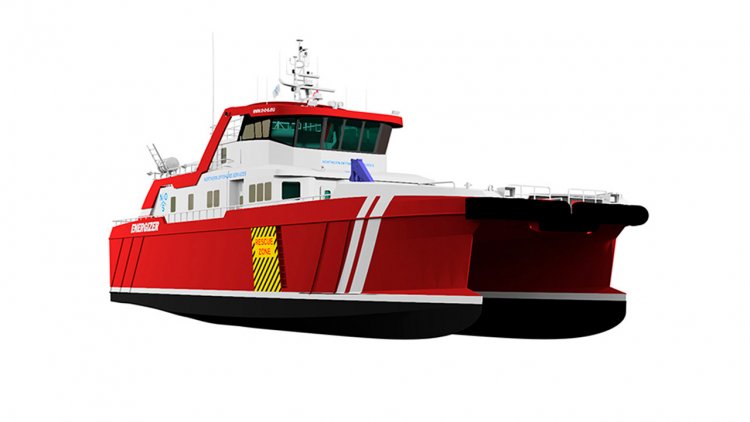 The CTV, which is named “Energizer,” is owned by NYK and will be chartered to NOS through a 10-year bareboat charter contract to transfer crews to offshore wind power stations, mainly in Europe, under the operation of NOS.

NYK has additionally agreed to dispatch its engineers to NOS to participate in operations and ship management in Europe, a leading region in the offshore wind power business, in preparation for the development of the CTV business in Japan.

Energizer is a state-of-the-art CTV developed by NOS. It is equipped with a large-capacity battery that can be recharged from a power generation facility and can be switched to hybrid mode to reduce fuel consumption and emissions, thus contributing to a reduction of the vessel’s environmental impact.

The Japanese government has set a goal of reducing greenhouse gas emissions to zero by 2050. In particular, offshore wind power generation is one of the areas where market expansion is most expected, with the aim of installing stations capable of producing 30–45 million kilowatts by 2040 as an important source of future electricity. A CTV would fulfill the important role of transporting workers between offshore work site facilities and onshore locations during the installation and operation of offshore wind turbines.

A contract in which the owner of a vessel leases the vessel, together with the equipment and furnishings on board. The name comes from the fact that the ship is rented out "bare" with no crew on board.