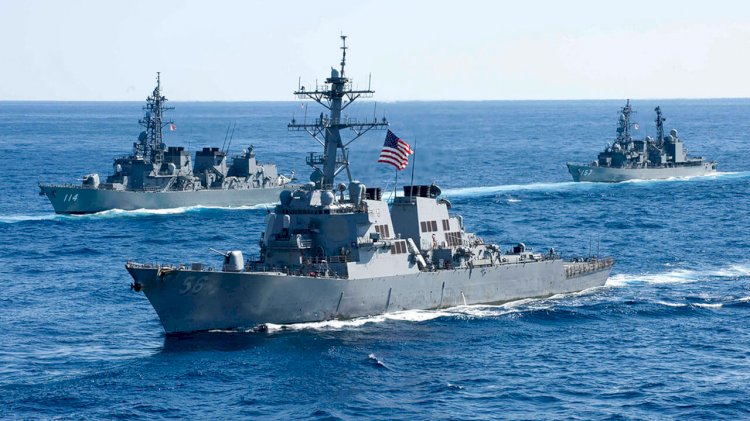 The National Transportation Safety Board said Monday that the Aug. 21, 2017, collision between the USS John S McCain and the tanker Alnic MC was caused by insufficient training, inadequate bridge operating procedures and a lack of operational oversight.

Ten sailors aboard the John S McCain died in the accident and 48 were injured when the ships collided in the Middle Channel passage of the Singapore Strait Traffic Separation Scheme. There were no injuries to the crew of the Alnic MC. Property damage resulting from the collision exceeded $1.2 M. There was no report of pollution associated with the accident.

The collision happened when the John S McCain, an Arleigh Burke-class destroyer with a crew of 280, homeported in Yokosuka, Japan, and the Alnic MC, a Liberian-flagged chemical tanker carrying a partial load of cargo with a crew of 24, were transiting towards Singapore in the westbound lane of the Singapore Strait Traffic Separation Scheme. The Singapore Strait is one of the busiest waterways in the world, with more than 83,700 vessels of more than 300 gross tons transiting the strait in 2016.

The NTSB determined the probable cause of the collision was a lack of effective operational oversight of the destroyer by the U.S. Navy, which resulted in insufficient training and inadequate bridge operating procedures. Contributing to the accident were the John S McCain bridge team’s loss of situation awareness and failure to follow loss of steering emergency procedures, including the requirement to inform nearby vessel traffic of their perceived loss of steering. Also contributing to the accident was the operation of the steering system in backup manual mode, which allowed for an unintentional, unilateral transfer of steering control.

As the John S McCain entered the Singapore Strait, steering and thrust were being controlled by a single watchstander – the helmsman – from the helm station. The commanding officer directed the lee helm station be manned as well and the crew took actions intended to transfer propeller thrust control from the helm to the lee helm station. The NTSB concluded that during the process of shifting thrust control, a John S McCain watchstander unintentionally transferred control of steering from the helm to the lee helm station which resulted in a perceived loss of steering by the John S. McCain’s helmsman, however, steering control was available at all times in the accident sequence. The NTSB further concluded the unintentional transfer was possible because the system was being operated in backup manual mode, which removed a safeguard against inadvertent transfer of steering control. 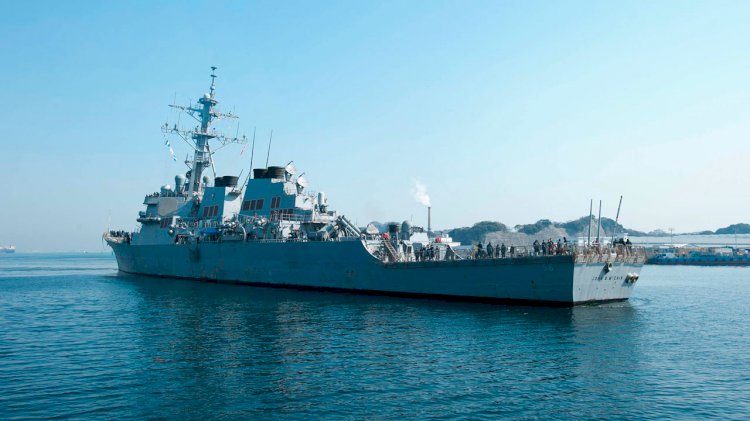 The NTSB also concluded in its report that the inability to maintain course due to a perceived loss of steering, the mismatch of port and starboard throttles producing an unbalanced thrust, and a brief but significant port rudder input from after steering combined to bring the John S McCain into the path of the Alnic MC. The decision to change the configuration of the

John S McCain’s critical controls while the destroyer was in close proximity to other vessels increased the risk of an accident, according to the NTSB’s report.

Based upon its investigation of the collision, the NTSB issued seven safety recommendations to the US Navy seeking:

The US Navy is acting on a number of its own measures to address safety issues identified in the wake of the John S McCain accident and other recent western Pacific region accidents. 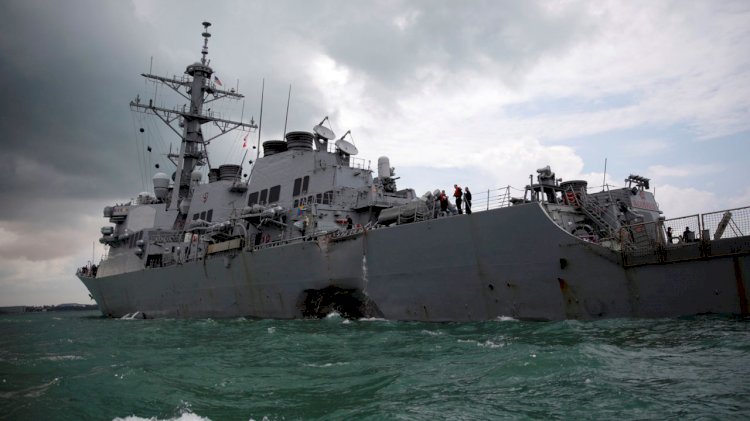