Germany's westernmost seaport in Emden recently received a powerful addition in the form of the 28-meter-long "Peter Wessels" harbor tug. 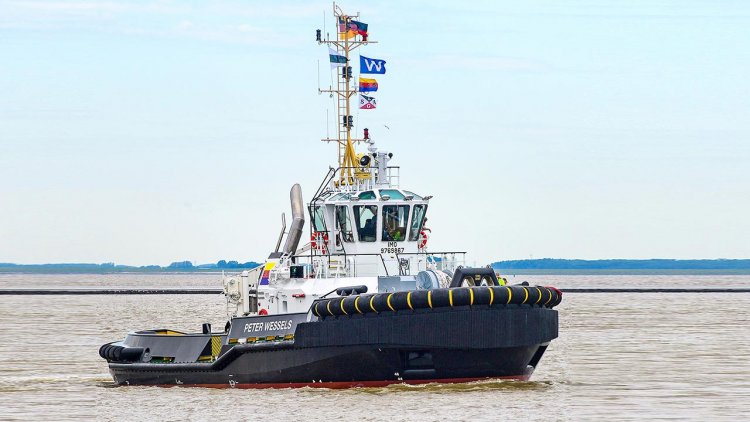 Germany's westernmost seaport in Emden recently received a powerful addition in the form of the 28-meter-long "Peter Wessels" harbor tug.

To power the assistance and salvage tug, Rolls-Royce supplied two 12-cylinder MTU Series 4000 engines with a total output of 3,680 kilowatts. The operator, Emdener Schlepp-Betriebe GmbH (ESB), purchased the vessel from the Hamburg-based shipping company "Neue Schleppdampfschiffsreederei Louis Meyer GmbH & Co. KG" and recently put it into operation. The special ship was built by the Damen Shipyards Group in the Netherlands.

With a bollard pull of 63 tons, the "Peter Wessels" is by far the strongest ship in the fleet of the operator ESB in Emden, which has now grown to five tugs. The strongest ESB tug to date can carry 32.4 tons. The seaport is primarily a base port for the Volkswagen Group and Europe's third largest automobile transhipment center - after Zeebrugge and Bremerhaven. Powerful port tugs play a key role in the smooth operation of the cargo ships.

"For us, the tugboat is an investment in the future, as the car cargo ships that will be calling at Emden port in the future will be larger. It offers sufficient reserves for the expected volume of ships".

"This covers all scheduled maintenance work that helps to avoid breakdowns as much as possible."