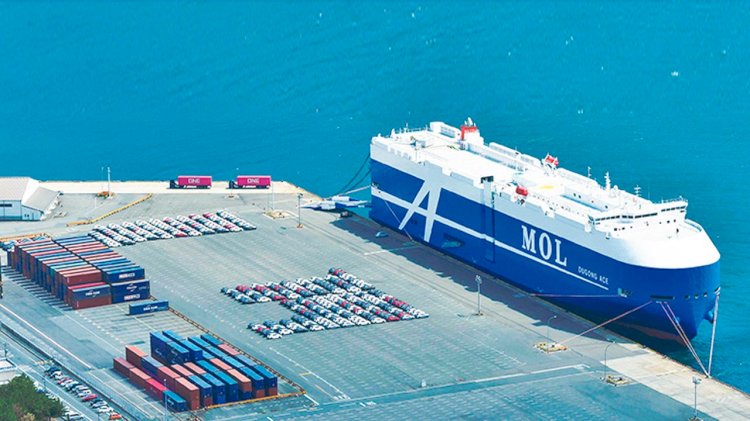 The companies aim to develop a hydrogen hybrid PCC, which do not emit carbon dioxide (CO2), sulfur oxides (SOx), nitrogen oxides (NOx), or particulate matter (PM) while underway in coastal waters or in ports, in other words, achieving "zero emissions," since its propulsive force would come from electricity supplied by the hydrogen fuel cell system and large-capacity batteries. When navigating in the open sea, the hydrogen hybrid PCC’s motor would be powered by an LNG-fueled generator and the large-capacity batteries, resulting in significantly lower emissions than current vessels equipped with diesel engines that run on heavy oil.

MOL has worked to realize zero emissions of vessels while in ports since it announced its future vision for the next-generation series "ISHIN-I" car carrier in 2009. In 2012, it launched the world's first hybrid car carrier, the Emerald Ace, which is equipped with the world's largest-scale solar power generation system and batteries. The hydrogen hybrid PCC concept marks a further step ahead from these past projects, and the company is pursuing the possibility of introducing more extensive and more advanced technologies with the goal of zero emissions.

Both companies will first conduct technological and business feasibility studies of the hydrogen hybrid PCC, and when they gain positive results, they will move on to the next phase of joint development for a practical of hydrogen hybrid PCC based on the results.

MOL and e5 Lab continually engage in measures to reduce merchant vessels' environmental impact by taking full advantage of both companies' wide-ranging technological knowledge to ensure the sustainable growth of the shipping industry.