LR and Maersk: achieving net zero is an ‘OPEX not a CAPEX challenge‘ 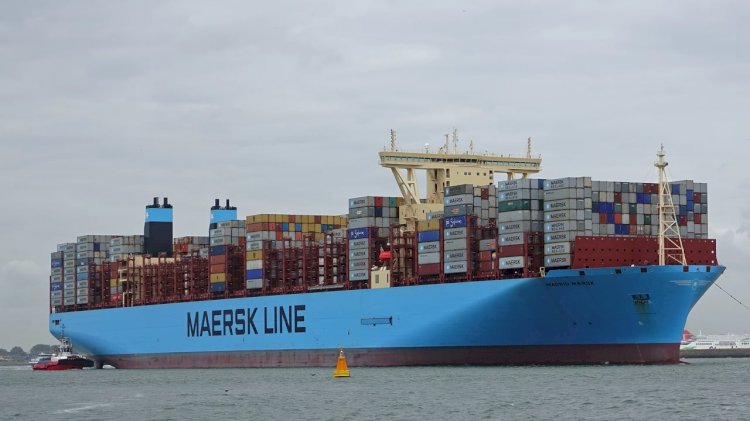 New study indicates that achieving net zero is an ‘OPEX not a CAPEX challenge‘.

LR and Maersk joint study finds that to develop zero carbon ready ships, shipowners must invest for fuel flexibility and points to the need for policy interventions and fundamental changes to incentives scheme for shipping.

A joint LR and A.P. Moller-Maersk study assessing the transition to zero carbon fuels has found that the cost of transport will rise – not because ships themselves will require greater levels of investment but because new fuels are projected to be significantly more expensive than existing fossil solutions which will lead to increased operating costs.

According to the study partners, achieving net zero is therefore an operating expense (OPEX) not a capital expenditure (CAPEX) challenge. A further key conclusion of the joint exercise was the recognition that the market will not drive the transition to zero and policy interventions as well as a fundamental change to the incentives scheme for shipping are required.

The joint study evaluates the interplay between economic performance of zero-emission vessels (ZEVs), technology readiness of fuels, associated machinery configurations, as well as safety and environmental considerations, all in the context of the wider energy system and the dependable production of future fuels. The study also found that the most relevant carbon neutral fuel configurations have relatively similar cost projections so initial modelling cannot yet determine clear winners purely from a cost point of view.

“The next decade will require industry collaboration as shipping considers its decarbonisation options and looks closely at the potential of fuels like alcohol, biomethane and ammonia. This joint modelling exercise between Lloyd’s Register and Maersk indicates that shipowners must invest for fuel flexibility and it is also clear that this transition presents more of an operating expenditure challenge than a capital expenditure one.”

According to Katharine Palmer, LR global head of sustainability, who led the study on behalf of the classification society:

“The additional price to build a ship with new fuel tanks, modified engines and fuel supply systems is a very small element of the total cost of operation, as the additional CAPEX cost is divided over the lifetime of the ship but given the potential impact of future fuel prices on operating costs, shipowners must invest in flexibility – for example, designing a ship which can run on one fuel today and later be retrofitted to run on an alternate fuel.”

According to the project partners, the greater challenge is on land and within the energy sector. ZEVs are technologically possible in the next two years and while they may require ships and engines to be amended, this is dwarfed by the challenges of getting the right fuel ready and the necessary supporting infrastructure on land. LR’s Palmer says:

“Shipowners must be confident around their future investments and they require confidence around their fuel supply chain, both availability in the quantities required and the land-based infrastructure in place.”

“Decarbonising shipping requires a total shift in propulsion technologies and by 2030 we need to see the first commercially viable carbon neutral vessels in service – that’s only 11 years from now. This is a game changer that requires close collaboration and joint action from researchers, regulators, technology developers, investors, customers and energy providers.”

“Getting such a wide range of actors to work in the same direction is a necessary task, fundamental for the world, the next generations and also for the shipping sector if it is to stay relevant as the servant of global trade in a decarbonised economy. The more industry consensus we can get towards the pathway to follow the better to accelerate the efforts to innovate, scale and initiated the transition to a sustainable shipping by 2030.”