Viking Line’s new flagship, the passenger ship Viking Glory, has begun its journey from Xiamen, China, to its home port of Turku. 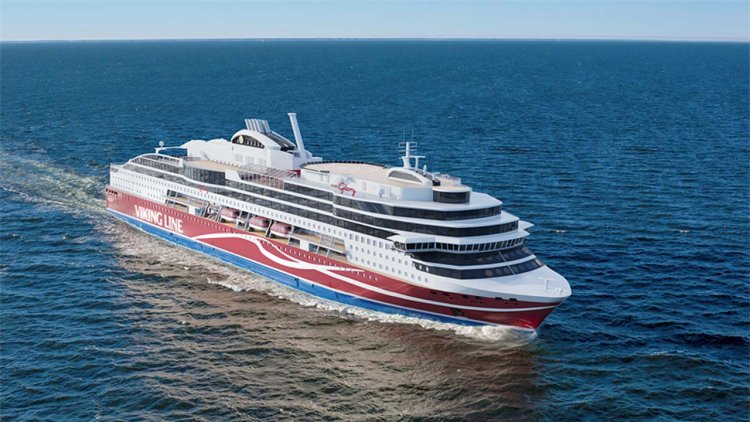 The trip will go via the Suez Canal and the Strait of Gibraltar and take nearly five weeks.

Viking Line’s new flagship, the passenger ship Viking Glory, began its journey today from Xiamen, China, to its home port of Turku. The vessel sails under a Finnish flag, and the route will be via many of the world’s best-known waterways. After crossing the Indian Ocean, Viking Glory will sail to the Mediterranean Sea via the Suez Canal and after passing Gibraltar will head north and reach the Baltic Sea via the Danish straits. The vessel’s cruising speed is an average of 16 knots, and the journey home will take nearly five weeks.

A crew of 40 people under the command of Captain Ulf Lindroos climbed aboard Viking Glory in China. Sub-contractors will also board the vessel en route.

“We have eagerly waited to take Glory home. The most eager of us already had our bags packed several weeks before the departure and brought our things to the shipyard for storage. There were also people interested in sailing with us, but we could not take them on board since we will work on building and finishing things during the course of the journey as well.”

Viking Glory was launched in January 2021 at XSI’s shipyard in Xiamen, China. By then, the vessel had already completed two demanding sea trials, to check to make sure the vessel’s systems function under actual conditions. The first sea trial in June included a test run of ABB’s Azipod propulsion system, testing of the vessel’s manoeuvrability and confirmation that the lifeboats and fire alarm system work. The second sea trial included checks of all machinery systems with focus on endurance. At the same time, the vessel’s noise and vibration levels were tested.