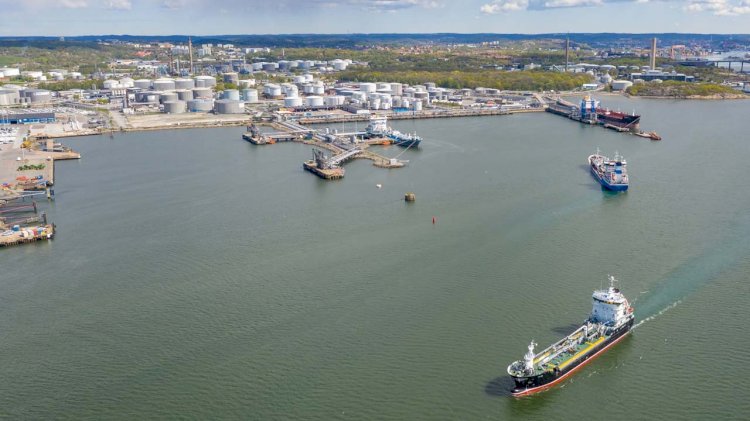 Gothenburg and Sweden could be the first in the world to create a joint infrastructure for the transport of liquefied carbon dioxide extracted using CCS technology. The project –CinfraCap – is a unique collaborative venture between Göteborg Energi, Nordion Energi, Preem, St1, Renova, and Gothenburg Port Authority.

Elvir Dzanic, Gothenburg Port Authority chief executive and one of the parties involved in the joint CinfraCap infrastructure project, said:

“We must speed up the process if we are to achieve our climate goals and collaboration is the best way forward. We expect to be able to transport two million tonnes of captured carbon dioxide per year from our quayside facility and to do so we must have an efficient infrastructure.”

CCS is widely regarded as a key component in the transition of the global energy system, and several research and development projects are already under way. Within the CinfraCapproject the various parties are looking to join forces to identify the most effective way of approaching the industry-scale logistics system required to support CCS. The idea is to present concrete proposals for an optimised infrastructure, and link into other CCS projects. Once the infrastructure is in place, the aim is for it to be an open access system, expanding its potential user base.

A collaboration agreement has been signed by all the parties involved, and the Swedish Energy Agency climate initiative Industrial Evolution (Industriklivet) has agreed to cover half the cost of funding a prestudy, which is being conducted by the consulting company COWI. The prestudy, which commenced this month with completion due in Q1 2021, will focus on the means of collecting captured carbon optimally from each company, transporting it down to the port, intermediate storage prior to loading, securing of permits, risk identification, and presentation of a business model.

“We are starting up CinfraCap in western Sweden although the ultimate aim is to share our experience and the business model behind the carbon capture infrastructure with the rest of Sweden and the world. We are joining forces with other partners to ensure the requisite resources are in place to rapidly reduce the climate impact of companies and contribute to a sustainable future.” 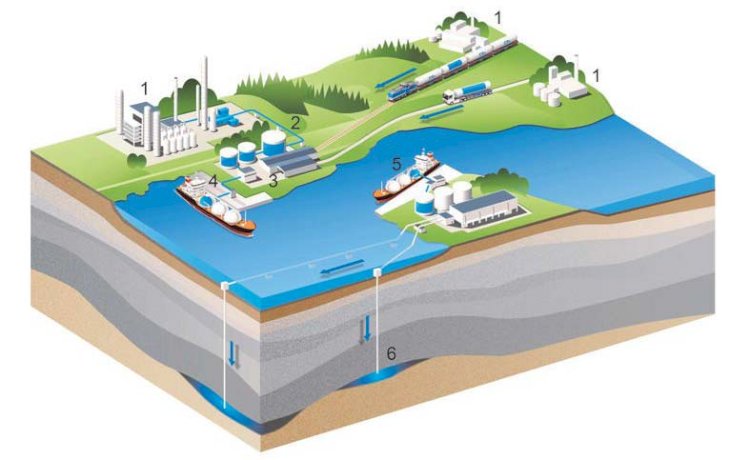 CinfraCap stands for Carbon Infrastructure Capture. The project is focused on the transport of captured carbon and how this can be done in a climate-smart, cost-effective way. The aim behind CinfraCap is to produce a more comprehensive picture of the logistics chain required to transport captured carbon dioxide from different industrial facilities in western Sweden – from liquefication and intermediate storage, through to distribution to ships and onward transport to the repository site. The interface for CinfraCap will be the fence around the facility in western Sweden that captures the carbon dioxide, through to the loading arm on the vessels that transport the liquefied carbon dioxide onwards by sea.

CinfraCap will complement a number of other ongoing research and development projects, including Preem CCS, ZEROC, and Northern Lights, which is a full-scale carbon dioxide repository project being run off the west coast of Norway.

Carbon Capture Storage, CCS, involves trapping carbon and liquefying it under pressure. It can then be safely stored deep underground, in many cases below the seabed, reducing emissions of greenhouse gases into the atmosphere. If the carbon dioxide is captured from a biogenic source, this could even result in a reduction in carbon dioxide levels in the atmosphere.

ADNOC announces addition of new chinese partner following a transfer of stakes in...

Subsea 7 has announced an agreement with Petrobras to extend by one year the current...

New research finds that no ports in the world have installed cold ironing (shore...