Carnival's resumption of service in Miami is a further boost to the economy both locally and throughout the state. 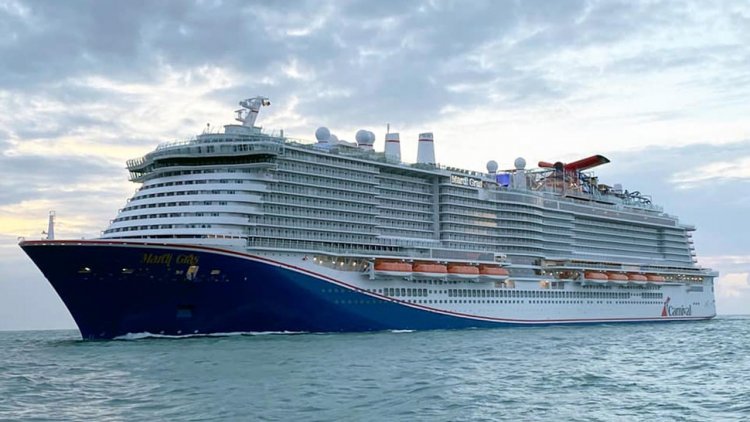 Carnival Cruise Line kicked off its first cruise from in almost 16 months from PortMiami, The Cruise Capital of the World, today with the departure of Carnival Horizon, providing a significant boost to the local economy and the tens of thousands of jobs in South Florida that are supported by the cruise industry.

Carnival's resumption of service in Miami provides guests with a much-anticipated vacation and is a further boost to the economy both locally and throughout the state.  Florida is number one in the nation in cruise embarkations with the cruise industry contributing more than $9 billion in direct purchases and responsible for over 159,000 jobs.  In Miami-Dade alone, cruise activity generates approximately $7 billion of spend and 40,000 jobs annually.  Of the 437,000 cruise industry-supported jobs in the USA, nearly 37% are in Florida.

Carnival Cruise Line President Christine Duffy, Carnival Corporation President and CEO Arnold Donald and Carnival Brand Ambassador John Heald kicked off the festivities with a ribbon-cutting ceremony officially welcoming guests on board.  Prior to Duffy's remarks, a moment of silence was held to honor those affected by the tragedy in Surfside.

"PortMiami is our number one homeport in terms of ships and passenger embarkations and today's return to cruising with Carnival Horizon represents an important first step in getting our company back to business while infusing much-needed capital to the thousands of workers who rely on the cruise industry for their livelihood. The past year has been challenging to say the least and I wish to thank our state and local officials, PortMiami, and our business partners and suppliers for their incredible support and patience during this time."

"The restart of cruise ships from Miami is an exciting day for Miami's longshoremen. We have approximately 800 members at PortMiami and their wages dropped as much as 80% during the nearly 16-month cruise suspension.  Today with Carnival Horizon's first sailing, we get back to work and look forward to supporting our families again."

MSC Cruises returns to service in the Mediterranean