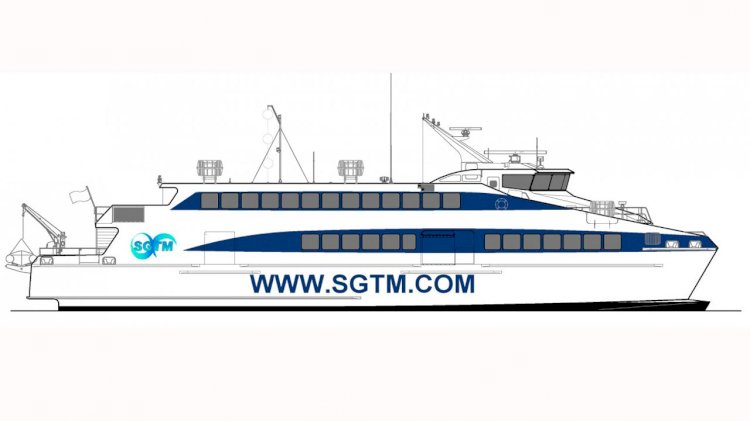 Austal Limited has announced that it has been awarded a A$15.5 million (US$10.7 million) contract for a 41 metre, high-speed catamaran. The vessel will provide production continuity to Austal Vietnam as it completes the fabrication of a 94 metre ferry for a customer in Trinidad and Tobago. The contract will become effective when the required down payment is received, which is expected in the next few days.

The new vessel is based on an existing and proven Austal Australia designed vessel, with customer defined design modifications to be undertaken in Vietnam before construction commences there by March, 2020 with delivery approximately one year later.

Austal Chief Executive Officer David Singleton said the new contract was welcome as Austal continued to build on its investment in facilities and people in the Company’s new Vietnam shipyard. Demand for vessels in this size category indicates the potential for follow-on vessels.

“We’re very excited to be building this new ship for SGTM, our first destined for the Comoros Islands, and especially pleased that our proven vessel design continues to evolve to meet the needs of operators worldwide. In the highly competitive 40–50 metre high-speed catamaran market, Austal has led the global marketplace, with 80 vessels now built by the Company since the early 1990s.”

At the awarding of the contract, SGTM Director Mr Michel Labourdere highlighted the company’s great trust in Austal to build its first new ferry, based on the success of the pre-owned vessel ‘Marine View’ (Austal Hull 58) that SGTM has operated since 2013.

“Based on the outstanding performance of Ntringui Express (Austal Hull 58), which was originally delivered to Japan in 1997 and bought by us in 2013, we knew we had to talk to Austal about our first new build.”

The Passenger Express 41 catamaran features a length overall (LOA) of 41.2 metres, beam of 10.9 metres and draft of 2.0 metres. Over two decks, the vessel can accommodate 400 passengers and mixed cargo of up to 20 tonnes, loaded via two ramps. To be fitted with Austal’s renowned Motion Control System (including active interceptors and T-foils), 4x MTU 12V2000 M72 engines and 4x Kamewa 56A3 waterjets, the new catamaran will achieve 31.5 knots at 100% Maximum Continuous Rating (MCR), with a range of approximately 370 nautical miles.

Costa extends pause for its cruises until August 15th 2020

The maritime sector continues to rapidly increase its reliance upon and integration...

Kongsberg Maritime (KM) has announced a milestone order which will see the company...