This new implementation will allow 100% of the cargo to be inspected immediately with real-time images. 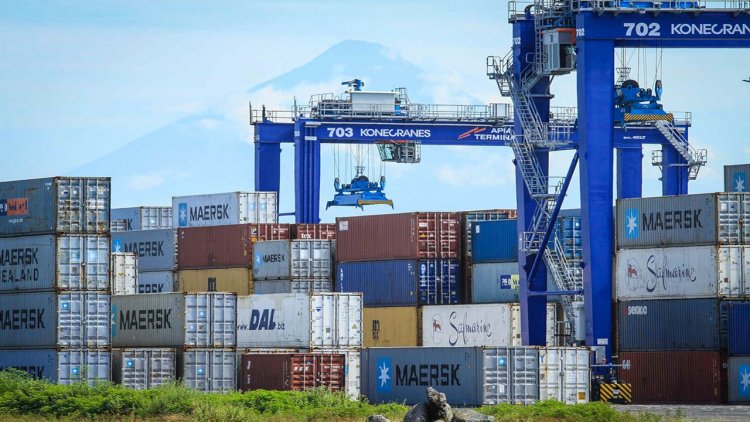 As part of the actions of the Customs Integral Modernization Program promoted by the Superintendence of Tax Administration (SAT) customs, APM Terminals Quetzal (APMTQ) inaugurated two non-intrusive inspection equipment (X-Ray Scanners), with an investment of more than US$7 million.

The X-Ray scanning equipment will cover both import and export container flows, so processes are not interrupted, and inspections and operations runs smoothly. These tools increase the control, traceability, and transparency of cargo handling at the Temporary Customs Warehouse (DAT).

In this regard, Gabriel Corrales, General Director of APMTQ, said:

“The presence of APMTQ in Puerto Quetzal has meant an increase of 25% in the port connectivity index, which translates into improved competitiveness and increased exports. We will continue working on the proper management of containerized cargo with agile, safe and modern port facilities that allow Guatemala to remain active in foreign trade”.

Coordination with SAT has made it possible to define all the DAT compliance requirements, as well as to manage the participation of other authorities involved in the Terminal so that they are also an active part of the non-intrusive inspections.

“The implementation of technology in our ports is an important step to continue building trust with state institutions, entrepreneurs, actors in the logistics chain and the international community. For Puerto Quetzal and SAT, the implementation of X-Ray Scanners today in this port Terminal, means an important advance in the fight against customs fraud and smuggling, but also translates into more development and competitiveness for the country.”

It is worth mentioning that this equipment is essential in the fight against custom fraud and drug trafficking, since it inspects 100% of the cargo entering the port Terminal by sea and land. In addition, it allows a more assertive inspection in real time and provides a database of images for further consultation by the authorities.

All the information transmitted by the non-intrusive inspection equipment will be reviewed exclusively by the authorities involved in the Port: SAT, the General Sub-Directorate of Analysis and Anti-Narcotic Information, The Division of Ports and Border Airports, the Regional International Agricultural Health Agency and the Ministry of Agriculture, Livestock and Nutrition.

Since 2017, the year APMTQ began operations, there has been a 62% increase in weekly vessel space availability at Puerto Quetzal, adding new routes and shipping lines that use larger vessels that take advantage of the Terminal’s infrastructure.

Likewise, APMTQ operation has increased the number of direct services (without transshipment) arriving at Empresa Portuaria Quetzal, including Asian ports, by 47%,  which means improvements in efficiency and costs for exporters and importers. Due to the joint work with the authorities, there has been a considerable increase to the customs collection in the Pacific, growing up to 36% since 2017.

Support from Brussels for the electrification of the terminals...

Lineage Logistics to expand at Port of New Orleans