Air Products and Associated British Ports (ABP) have announced their intention to partner in bringing the first large scale, green hydrogen production facility to the UK. 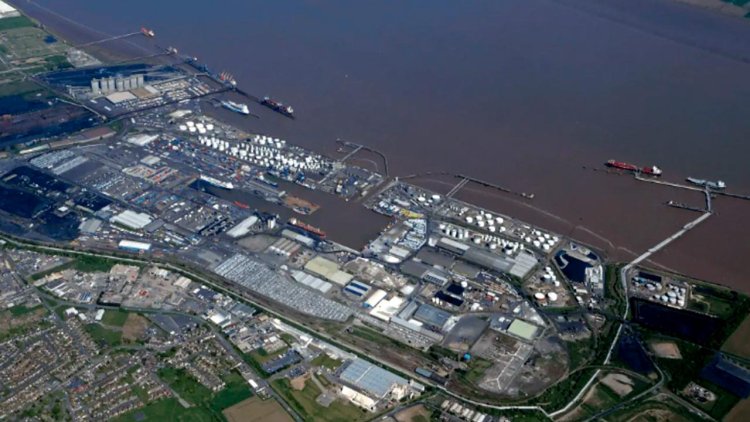 The facility would import green ammonia from production locations operated by Air Products and its partners around the world. This would be used to produce green hydrogen, which would decarbonise hard-to-abate sectors such as transport and industry.

The UK Government has plans for 10GW of low-carbon hydrogen to be in production or construction by 2030.  Currently there is no significant domestic production of such hydrogen in the UK.  Air Products, as a first mover, aims to help drive progress towards the Government’s targets, addressing the urgent task of decarbonising hard-to-abate sectors, and reduce the UK’s dependency on fossil fuels.

Air Products and ABP are working together to bring the new green hydrogen facility to the Port of Immingham. The location will provide the required maritime infrastructure and offers good proximity to markets and the required utilities. ABP will invest in new infrastructure with a new jetty to service the import and export handling of liquid bulk products. In addition to handling green ammonia, the jetty is being designed so that it can accommodate other cargoes connected to the energy transition, including the import of liquified carbon dioxide (CO2) from carbon capture and storage projects for sequestration in the North Sea – thereby playing a significant role in the UK’s energy transition.

Immingham sits within the UK’s largest industrial cluster and in close proximity to proposed offshore transport and storage networks for CO2. The scheme follows on from an existing Air Products’ plan to develop the UK’s largest blue hydrogen facility in Immingham, making the Humber a major location for low-carbon energy production, businesses and jobs.

The project will bring a wide range of benefits to Immingham and the UK, including eliminating up to 580,000 tonnes of greenhouse gas emissions each year, the equivalent of taking 20,000 diesel HGVs off UK roads, as well as reducing nitrous oxide and particulate emissions. In addition, the project will bring up to $4.6 billion in growth and financial benefits to the region and provide 1,400 direct jobs and approximately 1,600 indirect jobs for supply chains and local businesses.

This first-mover project stimulates demand and will support the development of a local and national green hydrogen market. It will be an important contributor to the Government’s plans to make the UK a “global leader in low-carbon hydrogen.”

“Globally Air Products supports the energy transition by developing real, first-mover projects.  We are forging sustainable hydrogen supply chains with our partners and using our hydrogen knowledge and expertise to accelerate the energy transition. We are in positive talks with government ministers and officials about our plans to invest in UK green hydrogen.  To enable our investment decision, we are seeking some policy assurances that a viable market will exist for our product.”

“ABP and the Humber are at the epicentre of the decarbonisation agenda and we are delighted to work with Air Products on this project, which will help deliver the UK’s legal obligation to be net zero by 2050.

“ABP’s ports are a vital part of the UK’s energy transition, and we are making significant investments to support a range of renewable energy generation projects, including the expansion of Green Port Hull and the transformation of Port Talbot to help deliver the UK’s ambition for floating offshore wind in the Celtic Sea.”

Seven new alternative fuel vehicles in the Port of San...