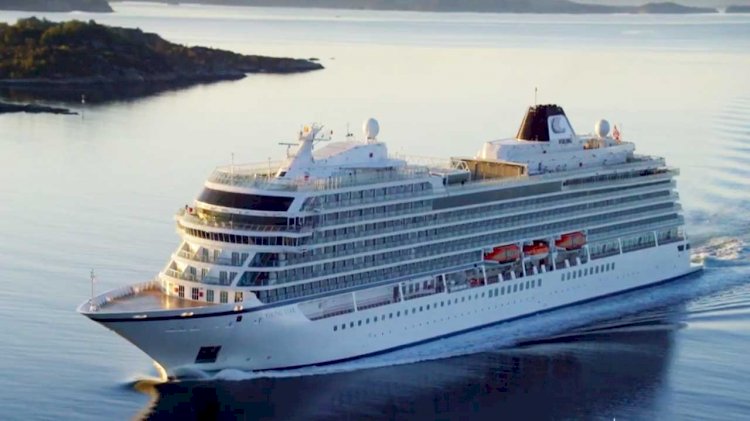 Viking has made the announcement that it will further expand its destination-focused travel experiences with the launch of new Mississippi River cruises, honoring a commitment Viking Chairman Torstein Hagen made to loyal past guests to launch the Mississippi product by early April.

“At a time where many of us are at home, looking for inspiration to travel in the future, I am pleased to introduce a new, modern way to explore this great river. We invented the concept of modern river cruising when we got our start 23 years ago—first on the rivers of Russia and then in Europe. Since then, many people have come to appreciate the unique exploration that comes with river cruising—but currently there are very few options to do so on American rivers. Our guests are curious travelers, and they continue to tell us that the Mississippi is the river they most want to sail with us. The Mississippi River is closer to home for many of our guests, and no other waterway has played such an important role in America’s history, commerce and culture.”

Today’s announcement is the most recent milestone as Viking continues to expand its fleet and destination-focused travel offerings. In January 2020 the company unveiled Viking Expeditions, with the first 378-guest purpose-built expedition ship, Viking Octantis, launching in January 2022 on voyages to Antarctica and then North America’s Great Lakes. A second expedition vessel, Viking Polaris, will debut in August 2022, sailing to Antarctica and the Arctic. In the last eight years alone, Viking has introduced more than 60 new river cruise ships and six ocean cruise ships to become the largest small ship cruise line with a current fleet of 79 river and ocean vessels around the world.

Hosting 386 guests in 193 all outside staterooms, the new state-of-the-art Viking Mississippi is inspired by Viking’s award-winning river and ocean ships and will feature clean Scandinavian design, as well as public spaces that are familiar to guests but that have been reimagined for Mississippi River voyages. Purpose-built for the Mississippi and currently under construction in Louisiana, the five-deck ship’s cutting-edge design, expansive windows and comfortable amenities will make it the largest and most modern cruise ship in the region.

VARD secures contract for one stern trawler for Framherji

Tallink will start to operate on the Tallinn-Stockholm...

The scheduled service will be operated by 2 Ro-Ro vessels

“Vistrato’s Covid-19 Guide – A first in co-operation between INTERCARGO and DBTG...