The Fifth Fleet, which is based in Bahrain, said the guided-missile cruiser USS Monterey intercepted the vessel and discovered the cargo during a routine boarding, in a two-day operation on May 6-7. 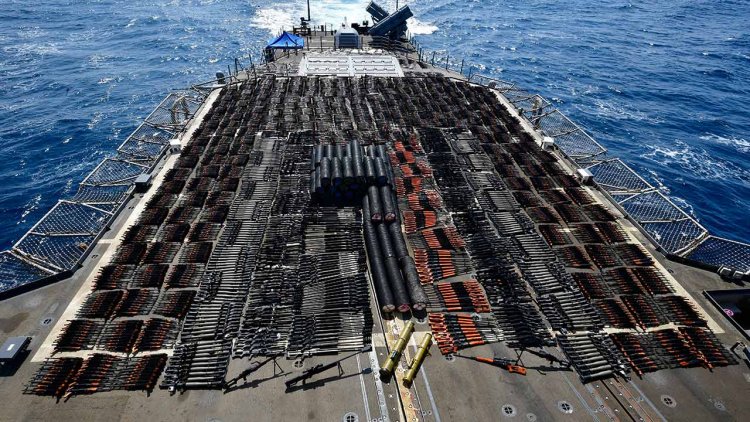 The original source and intended destination of the materiel is currently under investigation.

The materiel is in U.S. custody awaiting final disposition.

Assessment of the findings will be an interagency effort.

Monterey provided more than 36 hours of over watch and security for its boarding teams and the interdicted vessel throughout the two-day operation.

After all illicit cargo was removed, the dhow was assessed for seaworthiness, and after questioning, its crew was provided food and water before being released. 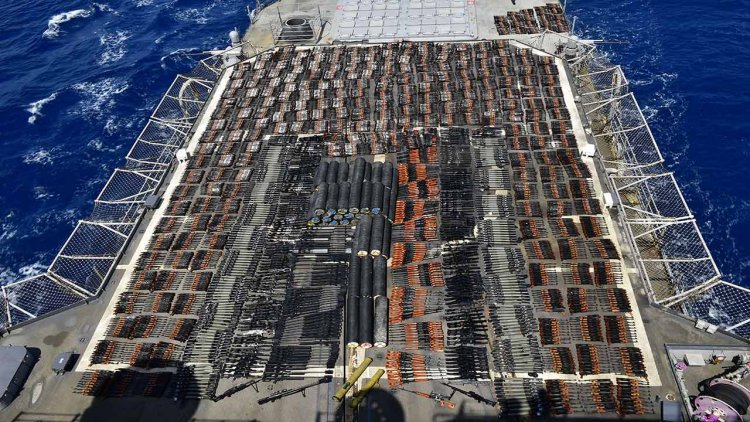 The Ukrainian captain died on board the ship on the way...