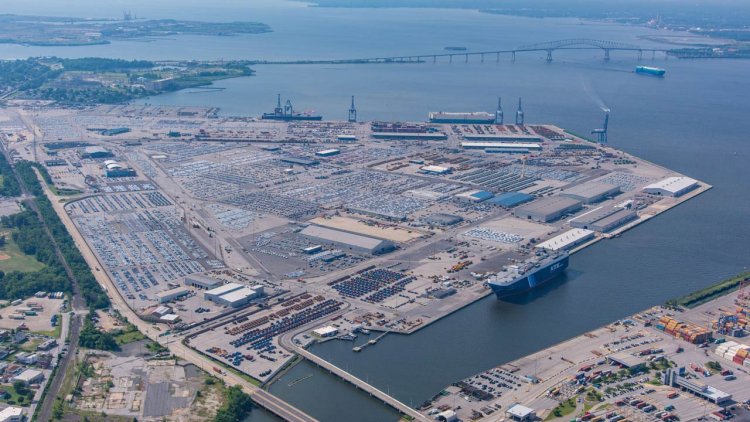 The Project will reconstruct and update the Seagirt Marine Terminal’s intermodal rail yard infrastructure and support increased demand for double stacked trains of containerized cargo to markets across the country.

“This project adds to the more than $200 million that I authorized for the Howard Street Tunnel expansion project which will allow for double-stack capabilities to and from the Port, increased Port business, and thousands of jobs.”

“Improving intermodal rail operations is one of our top priorities and the infrastructure improvements made possible through this grant will seamlessly complement our Howard Street Tunnel expansion project which is now underway. Our rail service from the Port of Baltimore to the Midwest is already increasing as we pick up shippers diverting around congested gateways.”

In addition to providing more seamless and efficient rail operations, the CRISI Project will also add environmental benefits. Air quality around the Port will be improved by increasing rail usage and from the conversion of the existing diesel-fueled rail yard operation to lectrified equipment. Additional rail usage will also help alleviate ongoing logistical bottlenecks on major interstate highways.

Supplementing the FRA CRISI Project is the CSX-Howard Street Tunnel expansion project which will allow for double-stacked container rail cars, clearing a longtime hurdle for the Port and giving the East Coast seamless double-stack capacity from Maine to Florida. The project involves clearance improvements in the 127-year-old tunnel and at 21 other locations between Baltimore and Philadelphia. With the tunnel expansion project, Baltimore will be able to send double stacked containers by rail into the Ohio Valley and onto Chicago.

Smart energy technologies to be piloted at Portsmouth International...