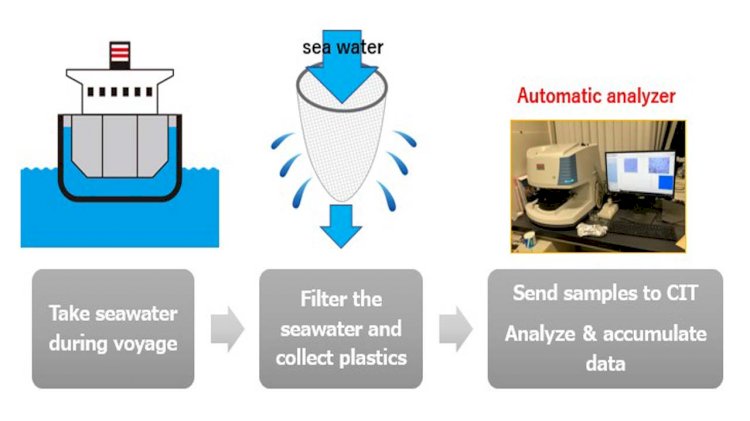 NYK has signed a memorandum of understanding with the Chiba Institute of Technology (CIT) to use a ship to collect and analyze microplastics in oceans around the world in an effort to create a solution to marine plastic pollution, a global environmental issue.

This is the world’s first initiative between a company and a research institute to conduct a survey of microplastics over a wide range of the ocean.

According to the World Economic Forum, as much as 8 million tonnes of plastic is dumped into our oceans every year, and if this situation continues, it is predicted that the total weight of marine plastic waste will exceed the total number of marine organisms by 2050.

Plastics are often not very biodegradable and can persist in the ocean for a hundred years or more. When exposed to UV radiation and waves, plastics can break down into microplastics, i.e., tiny plastic particles up to 5 millimeters in diameter. The microplastics then sit on the sea surface or the seabed. There is concern that the microplastics can be ingested by a wide range of creatures, beginning with plankton that form the basis of the marine food chain, thus endangering humans too.

However, the location, size, and type of microplastics in the world’s oceans, remain unclear, in addition to how much they are increasing each year.

NYK, which provides ocean shipping services, considers microplastic pollution to be an important social issue and will thus be using its oceangoing fleet to study the condition of the world’s oceans on a large-scale in an effort to resolve the issue.

NYK will collect microplastics during voyages by making use of its fleet of approximately 750 vessels in operation. CIT will use its cutting-edge research on microplastics to analyze the samples and create a world plastic waste map that shows the size, distribution concentration, age, etc. of microplastics. 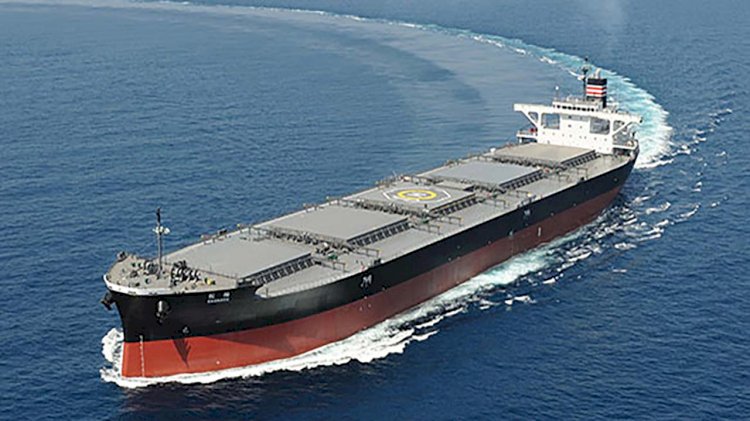 NYK and CIT began trials using three dry bulk carriers in March. Based on the results, the types of vessels will be expanded, and the survey area widened. After establishing a method of sampling, a worldwide microplastic map will be created by collecting big data of microplastics linked to sampling information such as date and time, location, meteorological data, etc.

NYK is considering the commercialization of solutions such as a microplastic waste collection vessel with autonomous navigation technology using IoT. NYK is determined to lead initiatives for social issues and environment-friendly transportation to realize a sustainable developing society.