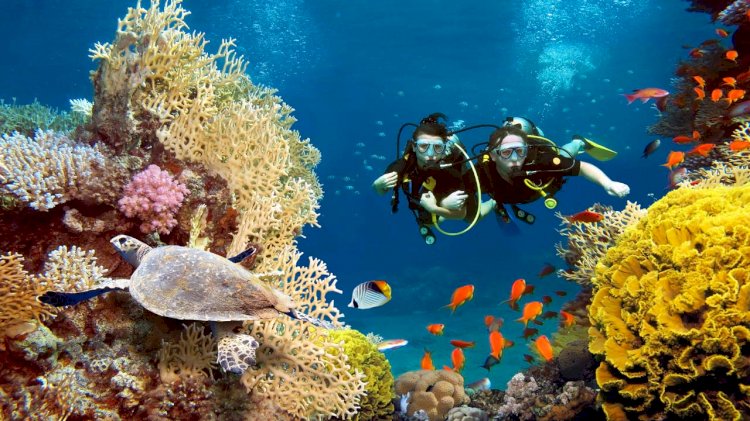 Curtin University researchers have developed a promising new toolkit for monitoring threatened coral ecosystems by analysing environmental DNA (eDNA) extracted from waters off the coast of the Cocos (Keeling) Islands.

PhD candidate Mr Jason Alexander, from the Coral Conservation and Research Group in the School of Molecular and Life Sciences at Curtin University, said coral reef systems were highly susceptible to human activity and environmental pressures with an estimated one-third of the reef-building, or scleractinian, coral listed in the elevated categories of threat on the International Union for Conservation of Nature Red List.

“Scleractinian corals not only play essential roles in marine ecosystems by providing a habitat and a valuable food source for many other underwater species; they also provide important services such as protecting coastal land against erosion. Given the highly important role that corals play, it’s important that researchers have access to accurate biodiversity and monitoring tools when analysing these vulnerable species. Our research has provided another helpful resource to track coral biodiversity in these vulnerable and rapidly changing ecosystems.”

Marine biologists will generally monitor coral reefs using underwater visual studies using SCUBA, which can be quite labour intensive and require a high level of expertise.

With the hope of providing an easier way to monitor reefs, the research team explored the role that eDNA metabarcoding could potentially play in assessing coral biodiversity.

Using facilities at the Trace and Environmental DNA (TrEnD) laboratory at Curtin University, researchers were able to extract, analyse and categorise genetic material taken from 90 filtered, surface water samples from the Cocos (Keeling) Islands, located approximately 1080km from Java and 2100km from the Western Australian coast.

This was the first time eDNA metabarcoding methods were used to analyse corals from the mega-diverse central Indo-Pacific oceanic region.

“Each water sample was filtered and frozen before being transported to Perth, where the eDNA was extracted and sequenced. The sequence data was then analysed using computers at the Pawsey Supercomputing Centre, to successfully identify the different species present in this marine environment. Through our findings, we were able to compare the different types of corals present in the water samples with those recorded visually and we found the eDNA technique is highly complementary to traditional survey techniques. By successfully detecting scleractinian corals in the surface water eDNA samples, this study adds to a growing body of evidence that eDNA metabarcoding is a promising method for detecting and researching marine biodiversity.”

DeepOcean awarded contract for IMR services by Equinor in 2020

Study estimates that a cargo ship’s worth of plastics by weight will enter aquatic...