Napier Port will use limestone rock to develop an artificial reef 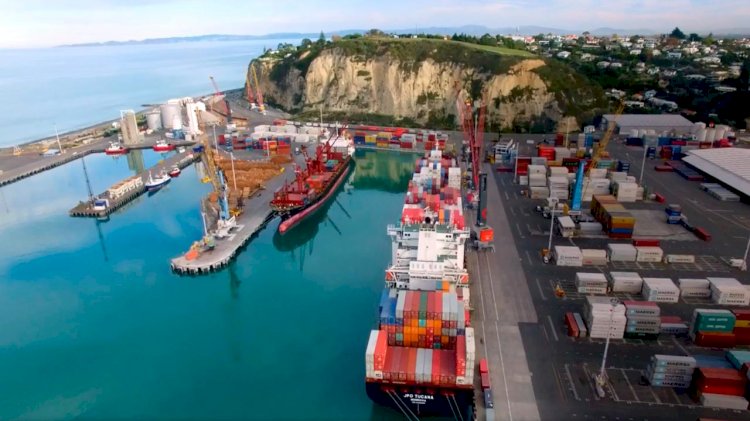 Napier Port received resource consent to develop an artificial reef 1.4 kilometres north east of Pania Reef, using limestone rock from a revetment wall that will be dismantled as the company builds a new wharf to support regional growth.

Napier Port is working in partnership with LegaSea Hawke’s Bay, a group of recreational fishers dedicated to rebuilding Hawke’s Bay’s fish stock, to create the reef.

“We’re pleased that some of the dismantled limestone will be used to help to replenish our fisheries and give back to the Hawke’s Bay community. It’s a great example of what we can do when we collaborate with others and balance environmental, cultural and economic success.”

Before applying for resource consents, Napier Port also worked with the Mana Whenua Steering Komiti – a group of local marae, hapū and mana whenua entities – and the wider Fisheries Liaison Group, which LegaSea forms part of.

Both groups have been set up in partnership with Napier Port to protect water quality, Pania Reef, kai moana, fisheries, and other sites of cultural, environmental and recreational significance in Te Matau a Māui, or Hawke Bay, as the port undertakes its construction and dredging programme from early 2020.

LegaSea Hawke’s Bay spokesperson, Brian Firman, says the benefits of the reef, made from naturally occurring limestone, should be seen soon after installation. Mr Firman says:

“This reef will help boost recreational fishing and diving opportunities by providing structure and habitat for a wide variety of marine life. Just a few rocks in an otherwise sparse area will not only assist breeding and protection for juvenile fish, but support a surprising diversity of species, including shellfish, crayfish, seaweed and fish.”

While the port has received resource consent to deposit up to 20,000 m3, the amount of limestone that will be used to develop the reef is still to be determined as some of the rock will be used to maintain existing revetment walls around the port.

The port also has resource consent to support a second reef about 24 kilometres from Pania Reef at the location of the “Gwen B” shipwreck, which it will do if there is enough limestone after maintenance and establishing the first reef.

A barge-mounted excavator will dismantle the rock revetment in stages and transfer it onto the barge for transportation to the reef. Napier Port expects to take the first limestone rocks out to the reef site on the dredging barge that will be used for 6 Wharf in mid-2020. The reef should be established in the second half of the year.

ABS to class a series of Silver Eagle self elevating drilling...

Updated network will connect more cargo via the Maersk hub in Colombo and provide...

Looking for a digitalized, robust and cost-efficient solution for handling your...