Meyer Werft has delivered the Odyssey of the Seas to the Royal Caribbean Group. 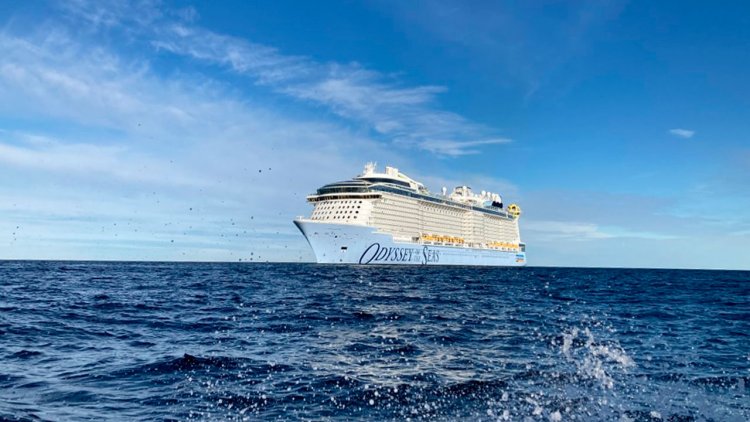 The Quantum Ultra class cruise ship marks the completion of a series of five ships whose construction Meyer Werft started in January 2013 with the launch of the Quantum of the Seas.

"Royal Caribbean Group commissioned us in 2011 to build the first two units of the Quantum class, which have been very popular with passengers since day one. We have continuously improved and developed these ships, so that we have now built a total of five ships and delivered them since 2014."

This makes the Quantum class one of the largest ship series Meyer Werft has built to date. The construction of the five sister ships comprises a total of 840,000 GT with, among other things, 11,000 kilometres of cable lines, 2,000 kilometres of piping from Meyer Werft's pipe centre and 10,500 passenger cabins from EMS PreCab.

"We have now successfully delivered the third cruise ship from Papenburg to our customers during the pandemic. This is an important sign of the strength of our shipyard and for the industry as a whole. However, given our stretched order book with the reduced workload, we still have major challenges ahead. If we can achieve a good future package for the years up to 2025, we have every opportunity to secure the company and many jobs in Papenburg with the existing orders."

With the Quantum class, the engineers have once again brought a host of innovations to sea. Like its sister ships Quantum of the Seas, Anthem of the Seas, Ovation of the Seas and Spectrum of the Seas, Meyer Werft's latest newbuilding features the glass, 90-metre-high observation gondola North Star, the surf simulator FlowRider as well as the skydiving simulator RipCord by iFly and the Sky Pad, a virtual reality, bungee trampoline experience located on the aft of the ship.

As a further development of the Quantum class, the Odyssey of the Seas, like her four sister ships, has state-of-the-art exhaust gas purification systems such as so-called hybrid scrubbers and SCR catalytic converters. Very energy-efficient technical systems, optimised hydrodynamics, intelligent heat recovery and numerous other facilities lead to considerable energy savings. A diesel-electric pod drive, extensive alarm and security systems, interactive communication systems as well as state-of-the-art stage technology guarantee safety and entertainment according to the highest technical standards.

After delivery to the shipping company, the Odyssey of the Seas will leave Bremerhaven. On 2 June, the ship departs from Haifa (Israel) for cruises in the Mediterranean Sea.