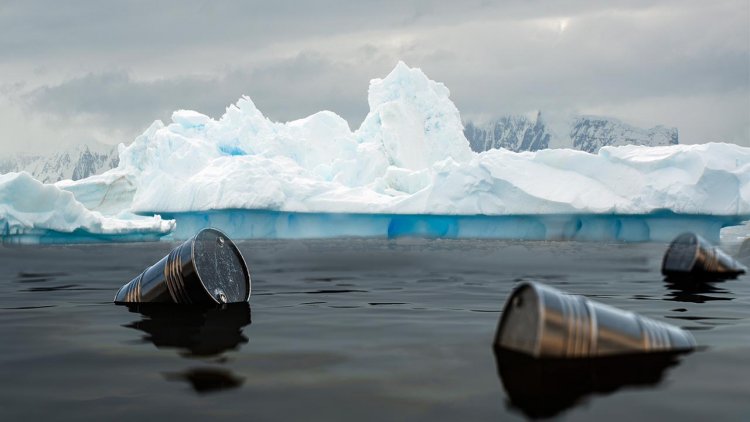 Marine bacteria in the frigid waters of the Canadian Arctic are capable of biodegrading oil and diesel fuel, according to a new study published in Applied and Environmental Microbiology, a journal of the American Society for Microbiology.

"The study also confirmed that providing nutrients can enhance hydrocarbon biodegradation under these low temperature conditions."

The impetus for this work: these permanently cold waters are seeing increasing industrial activity related to maritime shipping and offshore oil and gas sector activities.

Sean Murphy, Dr. Hubert's student, who grew up in the region, instigated the project. Mr. Murphy, Aquatic Scientist, ERM Canada, had noted both the benefit offshore oil had brought to the people of Newfoundland and Labrador, but had been deeply troubled by the Deepwater Horizon oil spill, and had focused his masters research on the Labrador Sea to "help inform future oil spill mitigation strategies… at cold temperatures in the region."

The Labrador coast—where the study took place—is important for Indigenous peoples who rely on the ocean for food, and unlike at lower latitudes, there's been a dearth of research on bioremediation this far north, Dr. Hubert noted.

"As climate change extends ice-free periods and increasing industrial activity takes place in the Arctic, it is important to understand the ways in which the Arctic marine microbiome will respond if there is an oil or fuel spill. Th is region remains vast and remote such that oil spill emergency response would be complicated and slow."

In the study, the investigators simulated oil spill remediation inside bottles, by combining mud from the top few centimeters of seabed with artificial seawater, and with either diesel or crude oil, along with different nutrient amendments at different concentrations.

The experiments were performed at 4°C, to approximate the temperature in the Labrador Sea, and took place over several weeks.

"Our simulations demonstrated that naturally occurring oil-degrading bacteria in the ocean represent nature's first responders to an oil spill."